Fresh summer berries, peaches and kiwi dressed in a rich coconut-lime dressing go into this refreshing fruit and quinoa salad. 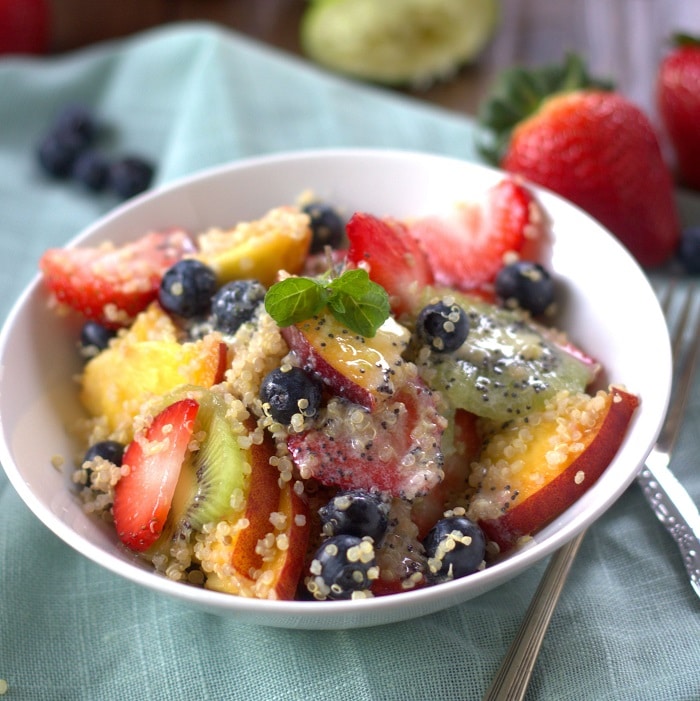 There’s lots going on in this salad, as you may have noted by the title. It’s all important stuff though, so I had to squeeze it all in there, just to communicate all the deliciousness that get’s shoved into this seemingly simple fruit salad.

Let’s talk about fruit salad. It’s kind of bleh, don’t you think? Maybe I’m just suffering from a bit of fruit salad exhaustion after two decades of it being the only item I can eat at most summer barbecues. They can be rough. Well meaning hosts will find a way to squeeze bacon into just about everything, except the fruit salad. Really though, I’d just as soon eat most of the fruit items that go into conventional fruit salad on their own. Think about what goes into fruit salad for a minute…apples that have long ago browned, soggy grapes, and perhaps worst of all, slimy banana slices. The first time I found a slimy banana slice in my fruit salad I was appalled. I think I was five years old. 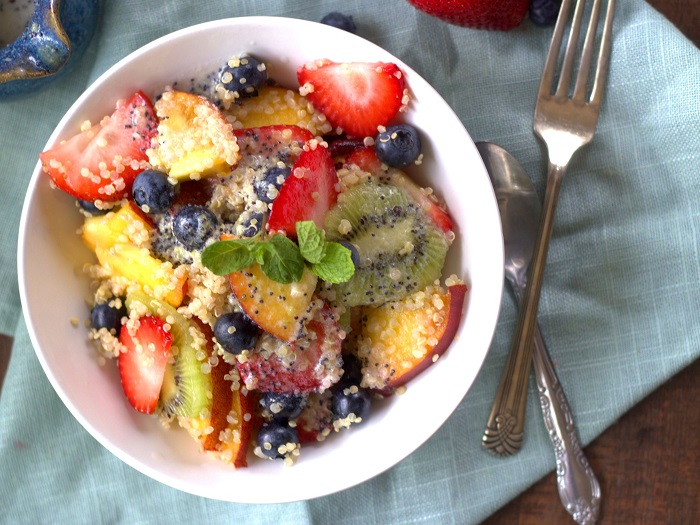 This fruit salad is anything but boring. I got the idea to include quinoa from my mom. She often makes fruity quiona salads for brunches, and they’re always so good that I forget I’m eating fruit salad. The quinoa worked out really well here. It adds texture and creates a little buffer between fruit pieces. It also soaks up the fruit juices and, perhaps more importantly, the dressing. The dressing is bliss. You can’t go wrong with coconut milk as far as I’m concerned. Here it adds just a little bit of richness and is balanced out beautifully by the tanginess of the lime and a little bite from fresh ginger. 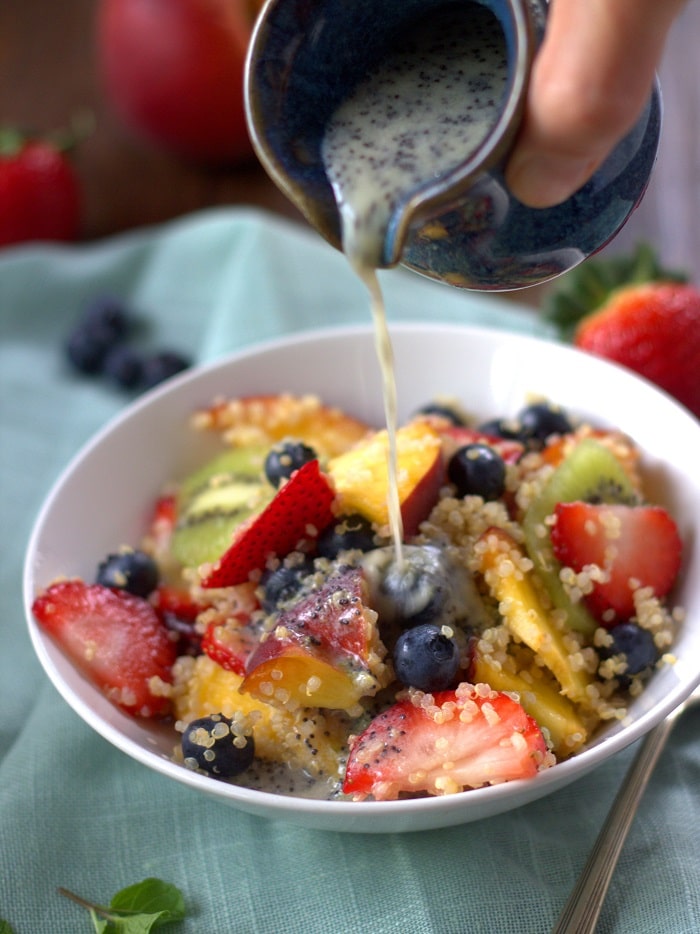 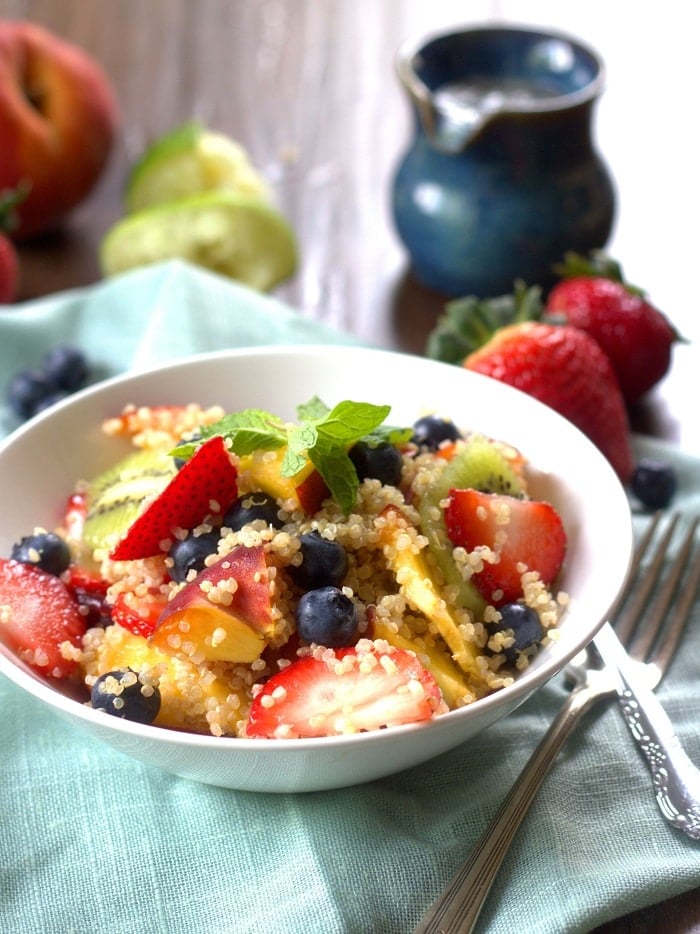