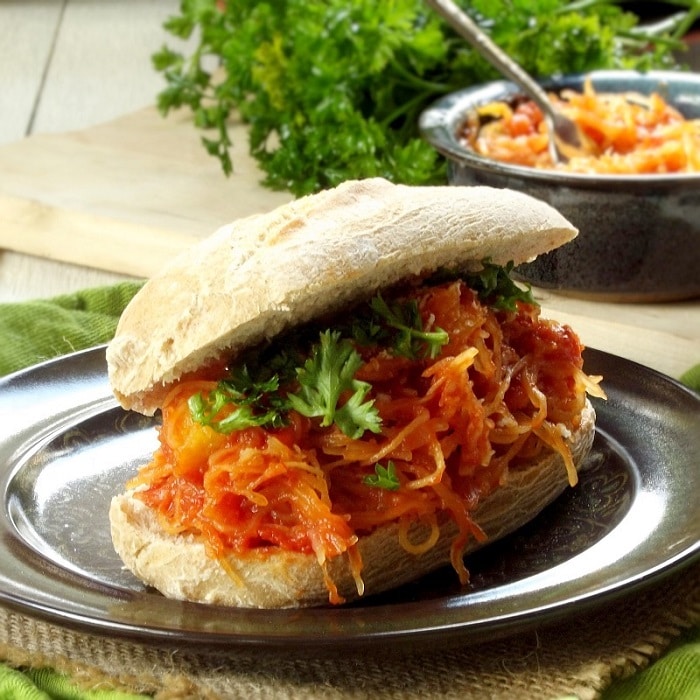 I only recently learned that spaghetti sandwiches are a thing. Okay, I’ve known of their existence for a while, but I thought they were unique to my family. I’ve never actually had a spaghetti sandwich myself though. I had a couple of cousins who were blessed with supercharged metabolisms growing up. I never understood how I could be related to these people. They. Just. Ate. And never gained an ounce. When I saw them shoving leftover spaghetti between slices of Wonder bread, I just assumed it was part of the whole high metabolism (fill-your-face-with-fuel-in-any-and-every-form) thing. I never bothered trying one myself. It was one of those things where it was like…yeah, that could be good, but is it really worth it? Is it that good?

Then I came to discover that spaghetti sandwiches are a cultural phenomenon. I told my boyfriend of my cousins’ culinary escapades and he was all “Ummm…you mean you never had a spaghetti sandwich?” Apparently I  was one of few. Until now. 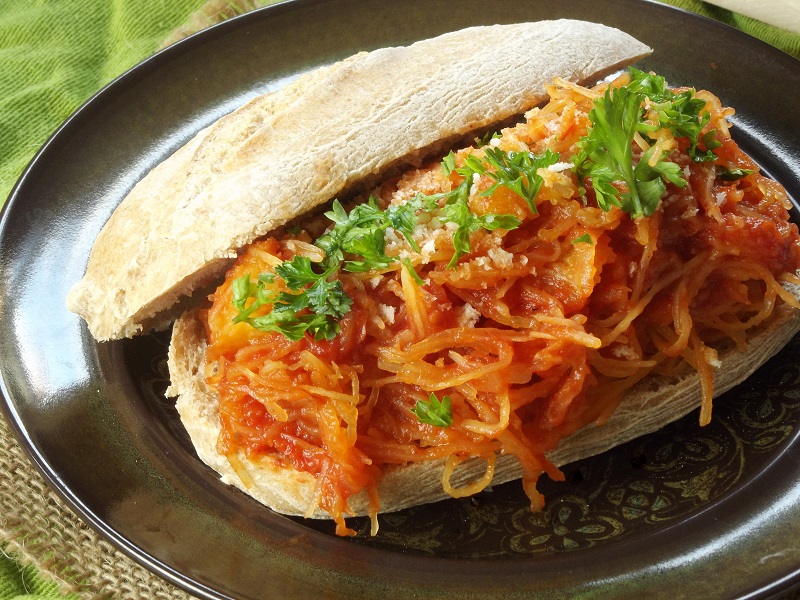 Maybe. I don’t know if I can really claim that this is a spaghetti sandwich, but it made me feel like I wasn’t missing out. Of course, I still can’t claim to know how good a conventional spaghetti sandwich is, but I decided this version is better! I loved it and I can’t imagine that by using pasta I’d have enjoyed it any more. I like veggie sandwiches – usually prepared with zucchini or eggplant or something along those lines. This wasn’t all that different. Interestingly, it was way less messy than I’d expected. I seem to remember a shower of red sauce and noodles back when my cousins at their spaghetti sandwiches. The squash actually held together within the roll pretty nicely here. Also, this was one of the easiest dinners I’ve ever made. You can use jarred marinara sauce, or make your own in advance and store it in the freezer to make things extra easy on yourself. The squash, once roasted, will keep in the refrigerator for a couple of days, so if you want a sequel to this meal, just wrap up the unused half of your squash in plastic and stick it in the fridge. On the second night, scrape out the pulp, add the sauce, and reheat on the stove or in the microwave. 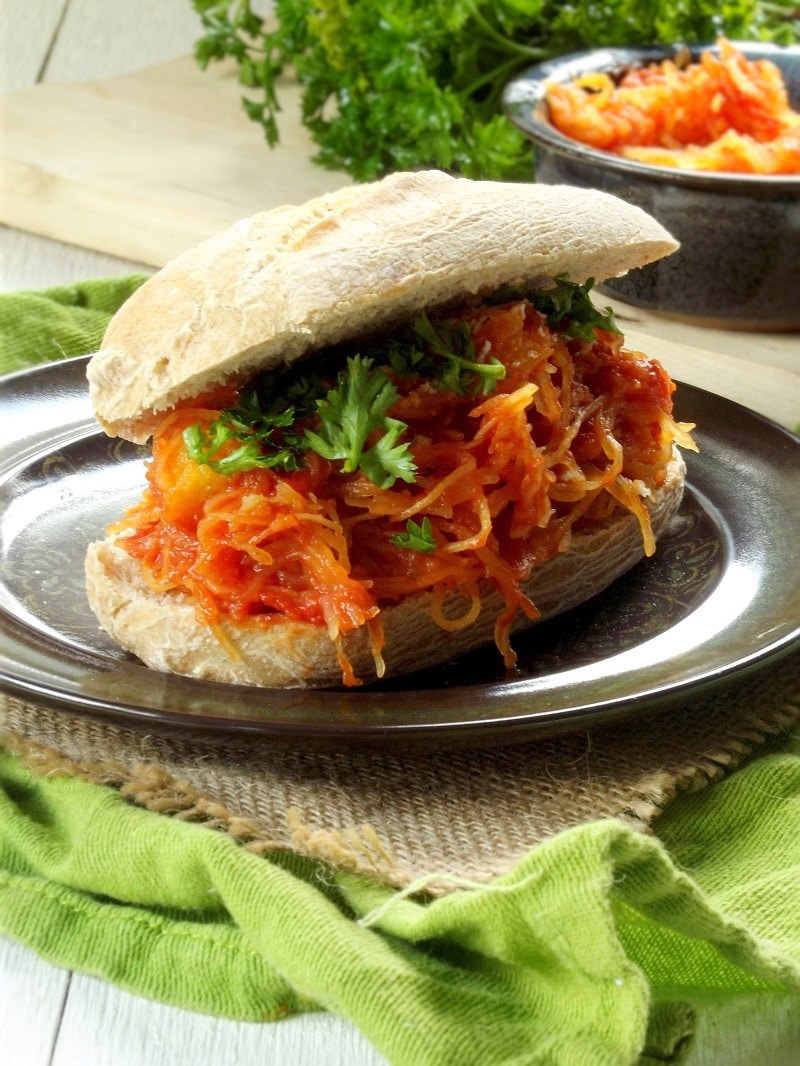 For the Cashew Parmesan (Optional)

This recipe only uses half of your spaghetti squash. If you're able to find a small squash (2 pounds-ish), feel free to use it, keeping in mind that you may need to shorten the cook time. Alternatively, wrap up your spare squash half and store for later. It will keep for 2-3 days in the refrigerator.
Feel free to heat the sauce in the microwave, or not at all, if that's your thing. 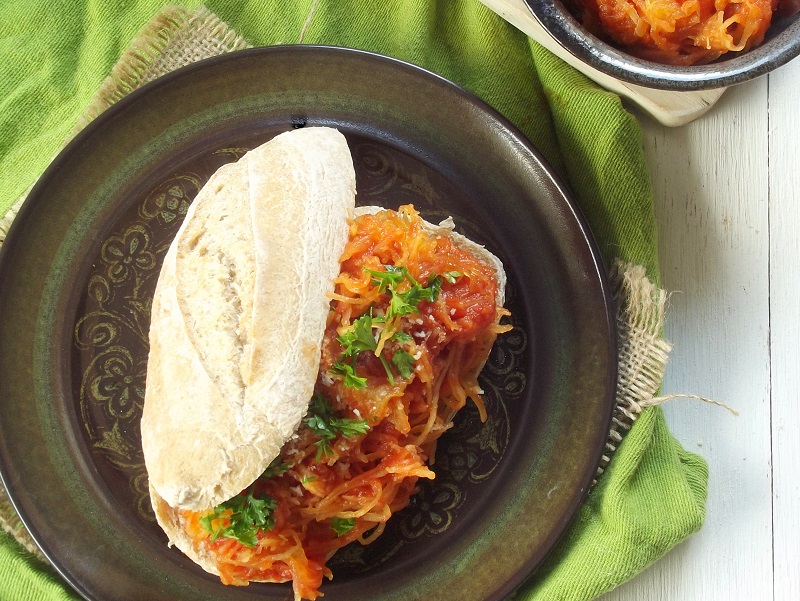