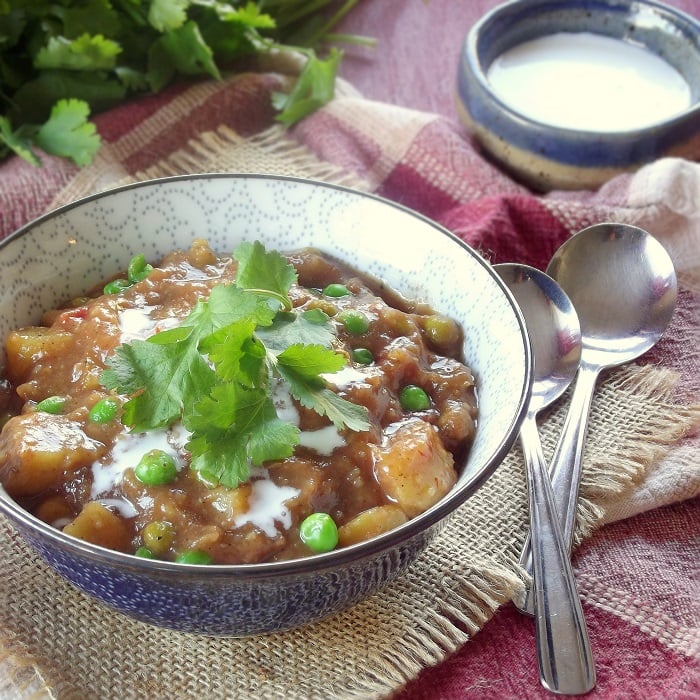 I was going for aloo mutter soup. I'm not really sure if aloo mutter soup is really a thing. Aloo mutter certainly is - it's that highly addictive and spicy pea and potato curry you get at Indian restaurants. A couple of weeks ago it got cold and I decided it was time to create some aloo mutter for the blog. Then I remembered I'd been brainstorming for a new twist on potato soup. This Indian curry potato soup was born.

Now, about this soup...it's almost not soup. Soup that's almost not soup is the best kind of soup. By "almost not soup" I mean it's quite thick and hearty, as you can probably see from the photos. Maybe bordering on stew, but I think aloo mutter technically is a stew, and we've got to differentiate somehow. By day two you can call it stew, as it's one of those soups that thickens up overnight. It's like getting two different dishes out of one recipe! If nothing else, you can definitely classify this as a meal, as in not a dainty little appetizer soup. 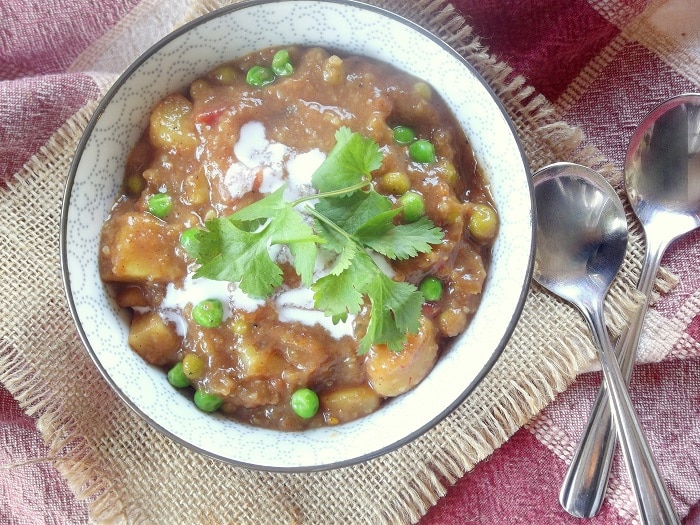 The basic recipe for this is pretty similar to that for basic aloo mutter. The only real difference is more broth and a bit of blending. Oh, and the slow cooker, though if you wanted to make this on the stovetop you could just let everything simmer on low heat until the potatoes are soft. Throw it all in a vessel and wait for soup. Immerse yourself in scrumptious curry fumes as your appetite grows, all day long. I think this is my new favorite way to cook. 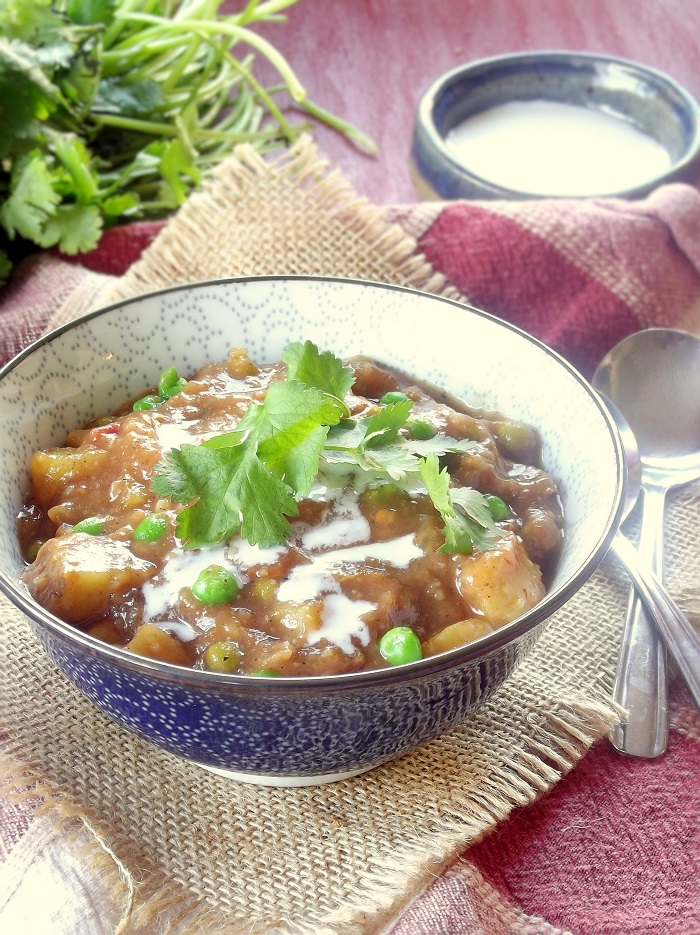 For the Curry Potato Soup

To Make the Cashew Cream

For a quicker version of this soup, simply simmer on the stovetop until potatoes are tender. Otherwise, follow the recipe as instructed. 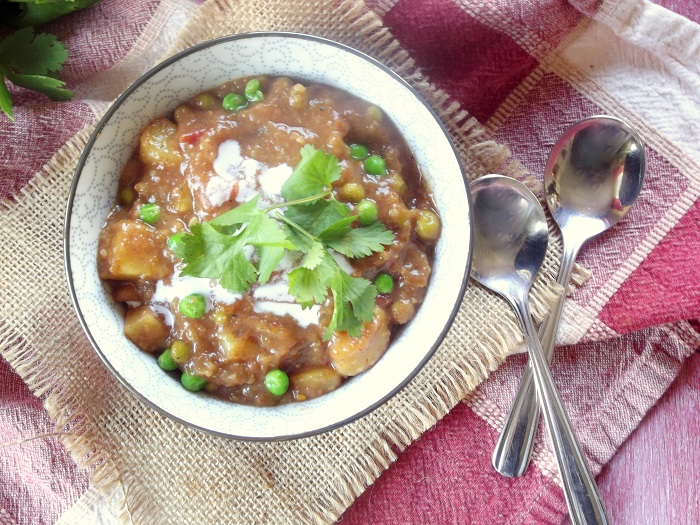