×
You are here: Home / Entrees / Sesame Seitan with Oyster Mushrooms

People sometimes ask me how I come up with recipes for this blog. It's not hard at all. In fact, inspiration is everywhere. For this particular type of blog, which focuses on vegan recipes, coming up with new ideas is extra easy. At least I think so. See, if I'm ever at a loss for what to make, I just take a look outside the realm of "vegan recipes" and find something not vegan. Then I make it vegan. Easy as that.

I've joked a few times that if I ever run out of ideas I'll just start veganizing The Good Housekeeping Cookbook, or some other culinary monster of a manual, one recipe at a time. The real challenge is figuring out how to veganize a recipe. In this instance, it was easy. Seitan makes veganizing lots of meaty dishes incredibly easy, especially ones calling for chicken or steak strips. Often you can simply replace the meat in a dish with an equal amount of seitan. The only difference you have to account for in cooking the dish is the fact that seitan is, technically, already cooked. When you "cook" your seitan in a dish like this, all you need to worry about is getting it hot and to your desired level of crispiness. 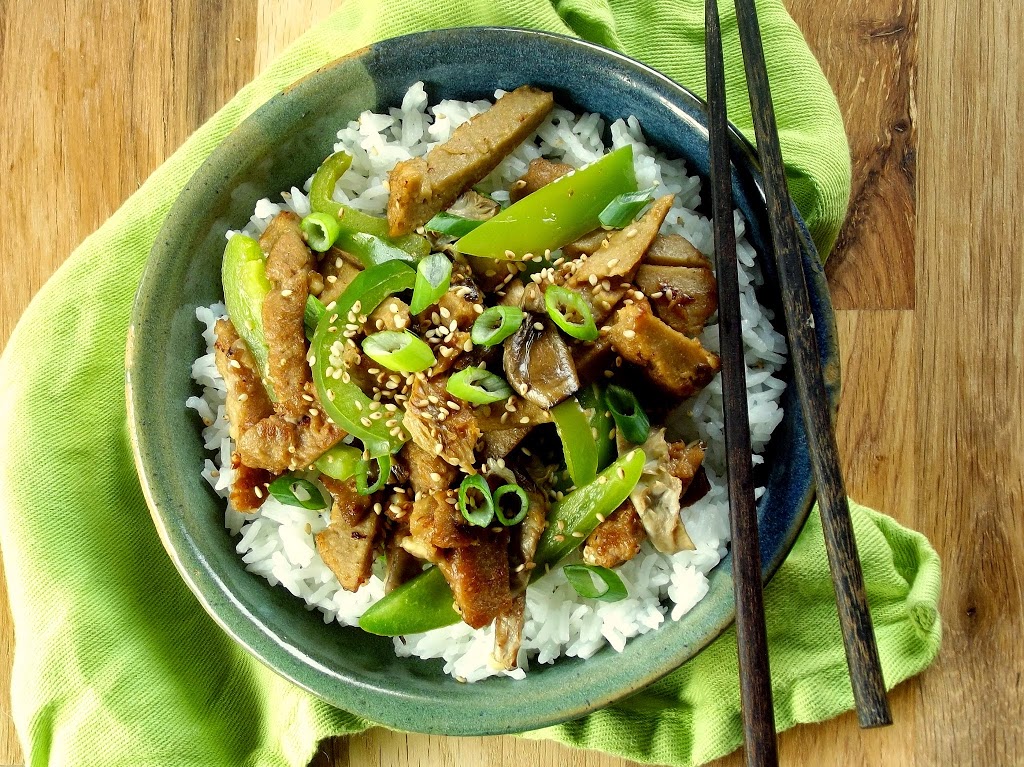 I spotted sesame steak on a few Chinese restaurant menus and thought it seemed like the perfect dish to veganize via seitan. The oyster mushrooms were my own addition. I produced a batch using a home growing kit and thought they'd be perfect here. They actually soak up way more of the sauce than the seitan, and although the sesame-garlic-ginger taste is subtle and really just coats the surface of the seitan strips, the texture goes great with the mushrooms and crunchy peppers. If you can't get your hands on some oyster mushrooms, try subbing shiitakes. 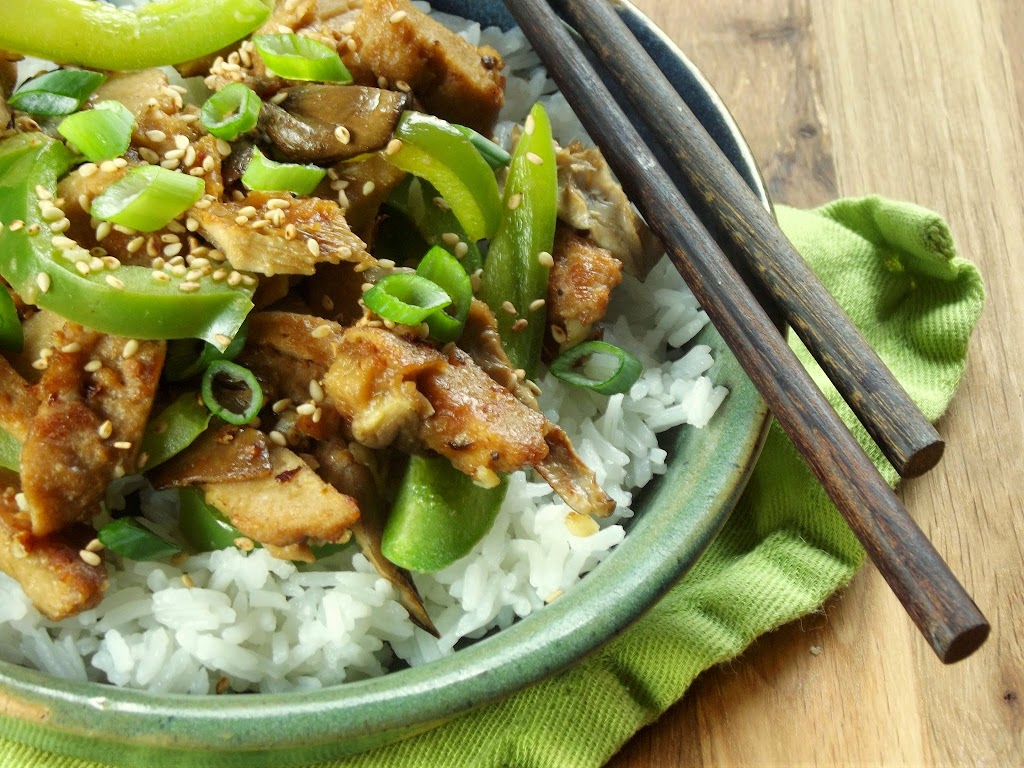 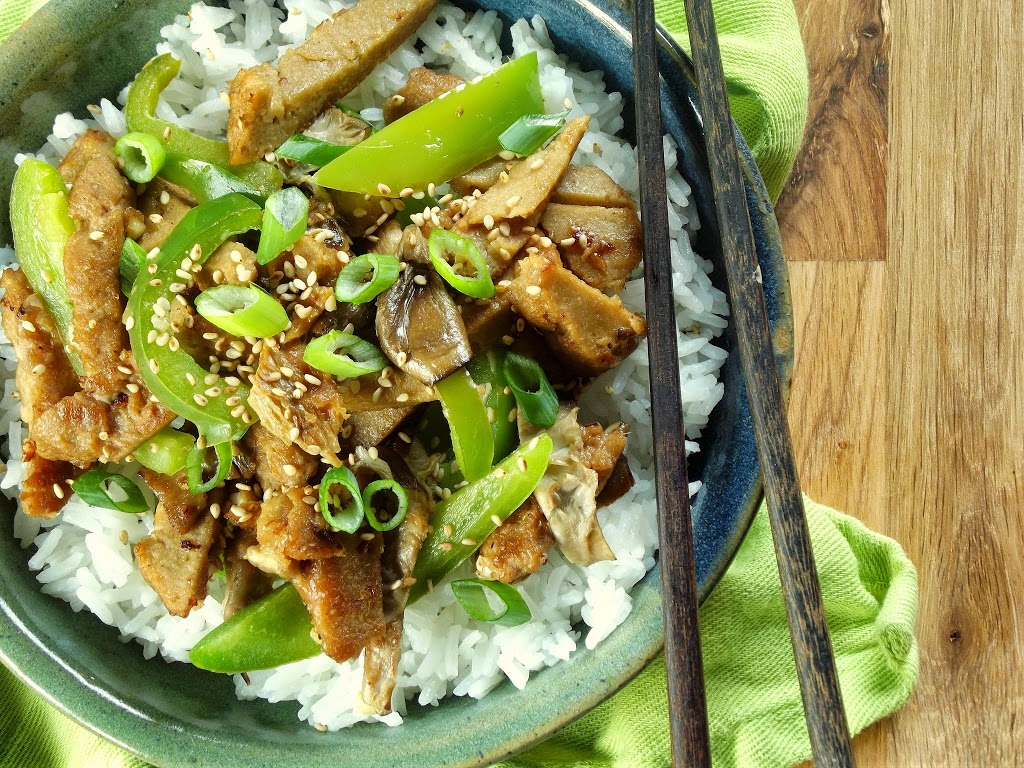