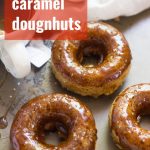 These vegan baked doughnuts are seasoned with cinnamon and vanilla, smothered in luscious coconut caramel with a sprinkling of sea salt. 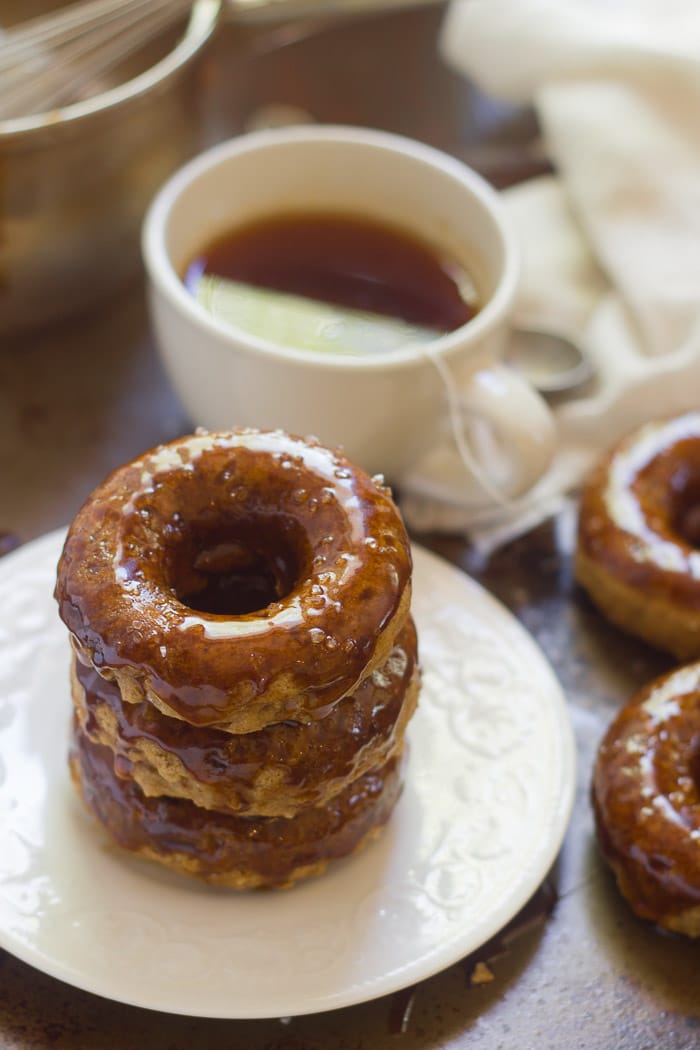 Before I go any further, a warning: you have to eat these doughnuts with a fork.

It’s so worth it though. 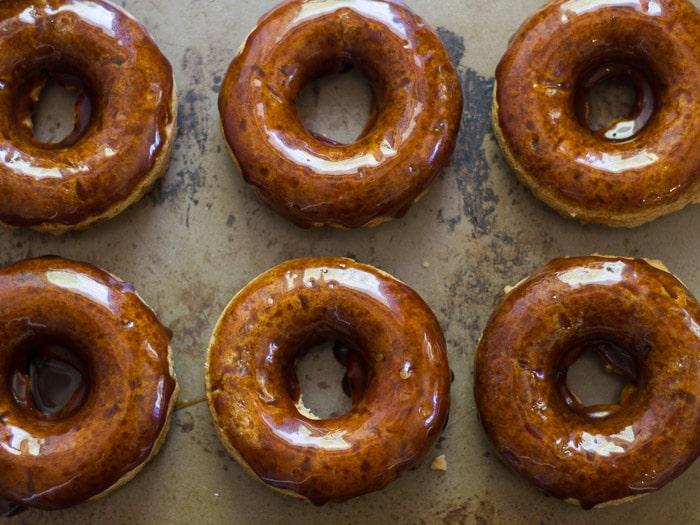 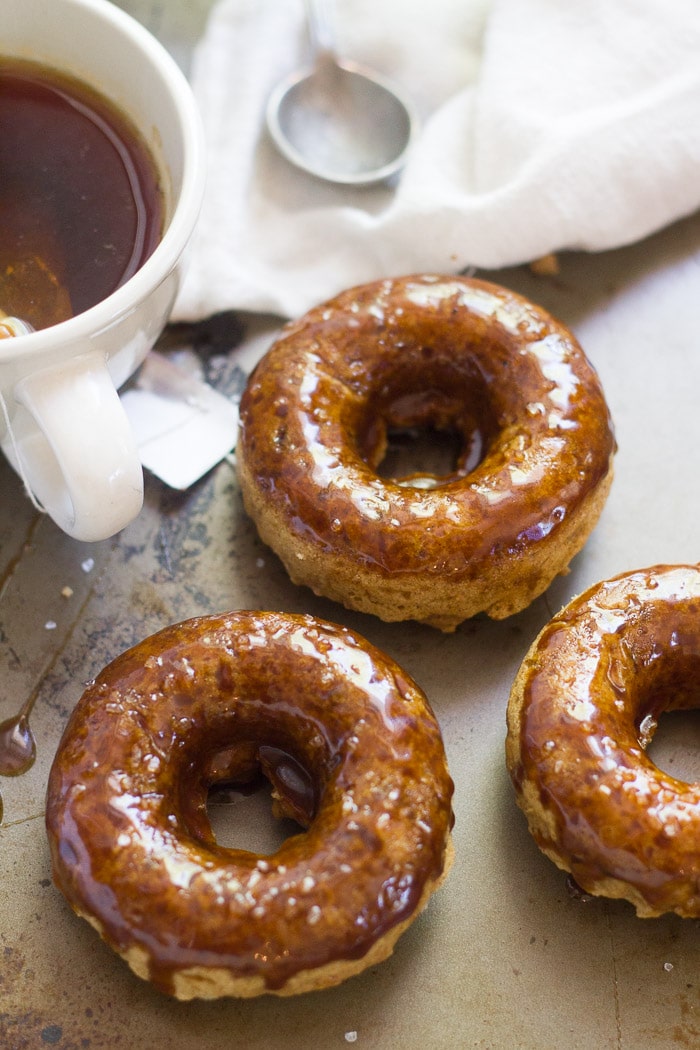 So, about the fork thing…these doughnuts are sticky. And they’re not the kind that get un-sticky when the glaze dries. You could get it to set a bit in the fridge, but do you really want to eat these suckers cold? Better if you don’t.

The doughnuts follow my basic formula for baked vegan doughnuts, and I went super simple with some cinnamon and vanilla for flavorings. But the caramel glaze would be delicious on all kinds of doughnuts, so feel free to try different spices, or a whole different doughnut recipe. I’m itching to try it on chocolate and, come fall, gingerbread. 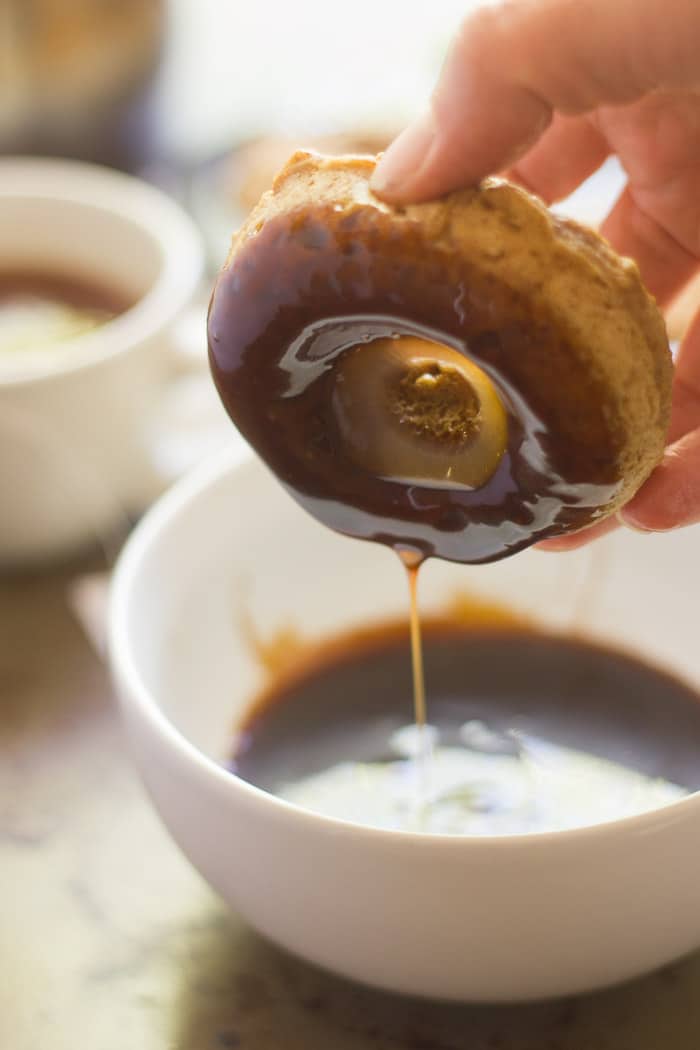 The glaze is a super simple caramel that whips up on the stove in five minutes. Coconut caramel is pretty similar to regular caramel, but it uses coconut oil and milk as the sources of fat instead of butter, so it’s vegan! Also, for this particular coconut caramel I used coconut sugar too, because I’ve got a lot of coconut love, and also because it makes me feel like my caramel is a tad bit healthier than it would be otherwise. I’m sure you could get away with brown sugar too though. 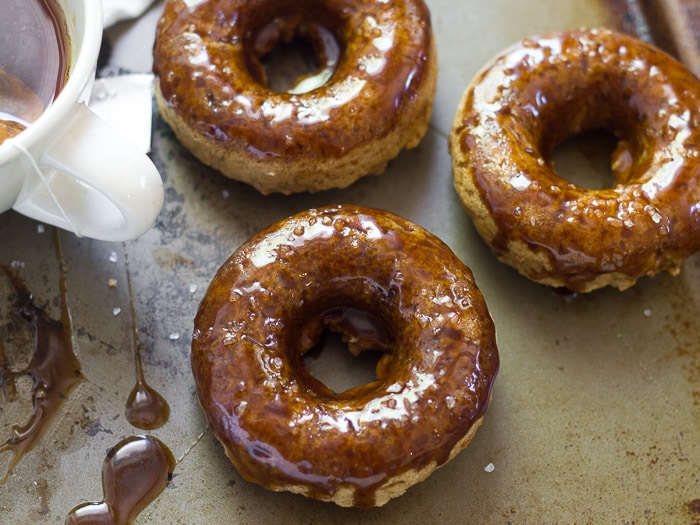 After baking and glazing, I ended up with some doughnuts that tasted quite a bit like gooey cinnamon rolls. I’m happy about that because I failed in an attempt at vegan cinnamon rolls a few weeks back. I’ll try again some day, but until then, I’m extremely happy with my caramel glazed doughnuts. They’ll be perfect brunch material this spring. 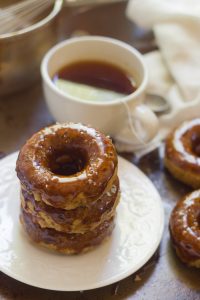 For the Baked Doughnuts

For the Coconut Caramel Glaze