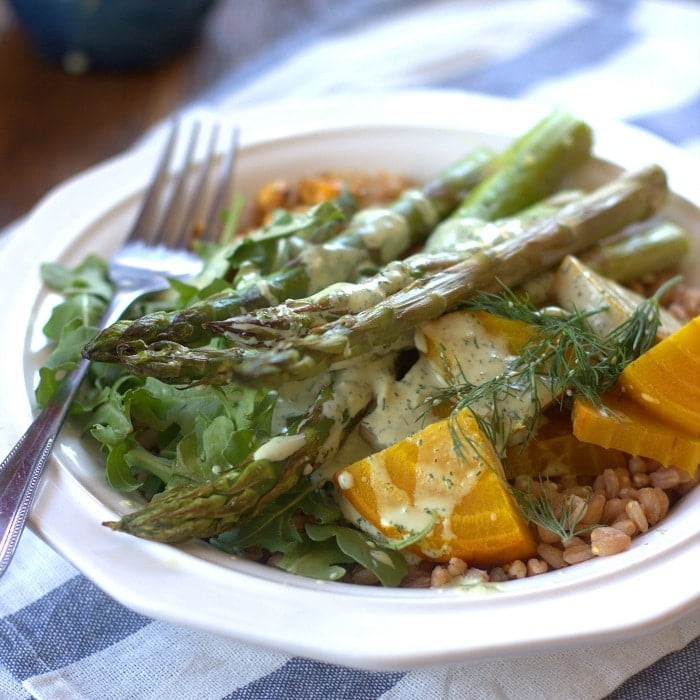 My cat has a new thing. Cat owners, you know what I’m talking about. Cats…they get stuck on…things. Anyway, the slightly older, fatter, and snugglier of my two guys suddenly wants to be on my lap. All. Day. Long.

I’ve been working from home for about a year and a half now, and for about a year and five months, he could’ve cared less. Then, suddenly, he got into the habit of approaching me at my computer, staring me down, and letting out an occasional wimper until I pick him up. He won’t even jump up on his own, and if I don’t pick him up, he continues his wimpering and staring until I do.

Okay, maybe I don’t mind so much. After a while I even get used to typing over a big chubby ball of fluff, and it’s kinda nice, until he decides, completely randomly, to bail. Then I’m left with a big vacant, chilly lap. 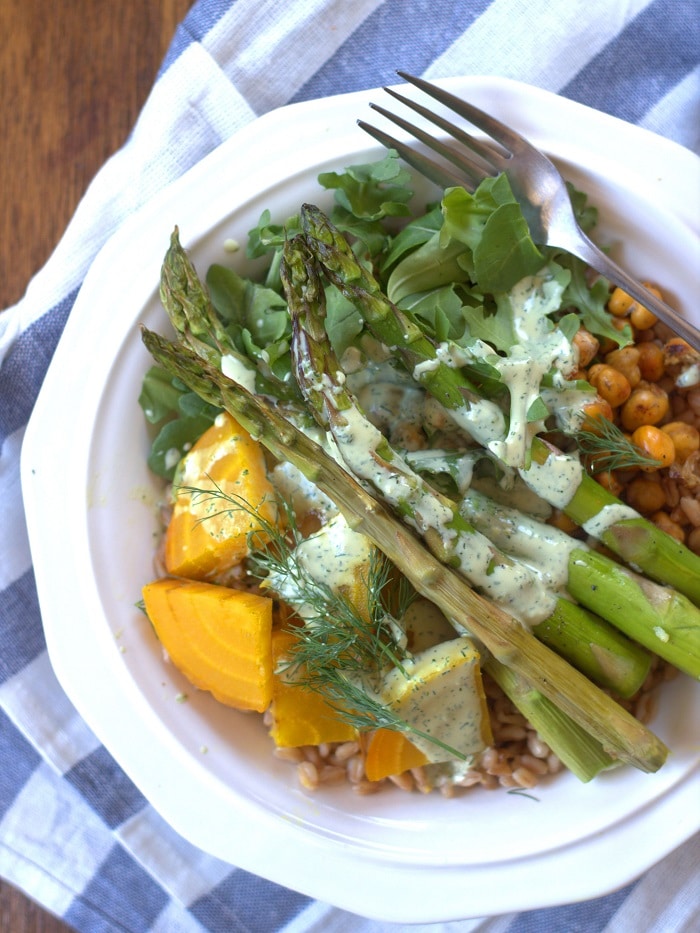 I suspect this will stop once the weather really warms up. For now though, I’ll take a big fat cat to help keep me comfy and warm while I work.

And then there’s roasted veggies. I don’t know if roasted veggie bowls are so much a spring thing to everyone else, but I certainly find myself gravitating towards this type of meal during March and April. On the one hand, you’ve got early spring veggies like asparagus, and when you add some dressing and grains you can totally call it a salad. On the other hand, it’s warm and comforting, as this one indeed was. And then there’s the dressing, which is reason enough to make this, making the bowl as a whole completely satisfying, and maybe just what you need to get through the next chilly month or so. 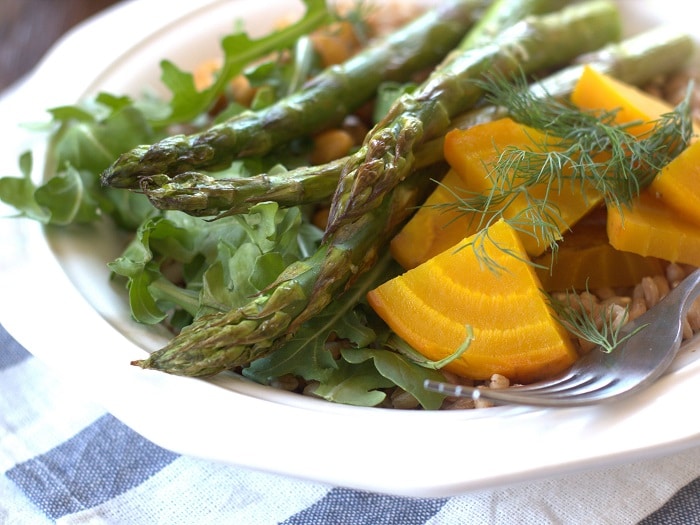 For the Roasted Veggies and Chickpeas

For the Farro Base

For the Tahini Dill Dressing

Roast the Veggies and Chickpeas