These delicious and healthy little quinoa bites are made with quinoa, oats, dried fruit and nuts, baked into satisfying little two-bite sized snacks.

I had a little nature freak-out experience last weekend. I was outside doing some yard work, pulling heaps of last year’s dried out vines from the fence in my backyard, about to toss a handful into the yard waste bag, when it (it being my handful of vines) chirped at me. I jumped and screamed and dropped everything, and then I just about lost it, thinking I’d just crushed some poor bird family’s home, or worse, one or more of their babies. As it turned out, there were two babies, both looking healthy, one which ended up hopping over the lawn and the other still tucked away in the nest that I’d dropped. My boyfriend and Google helped me set things right, Google having instructed me to put the next back where I found it, he having built a makeshift bird house so that I could get the nest back onto the fence. 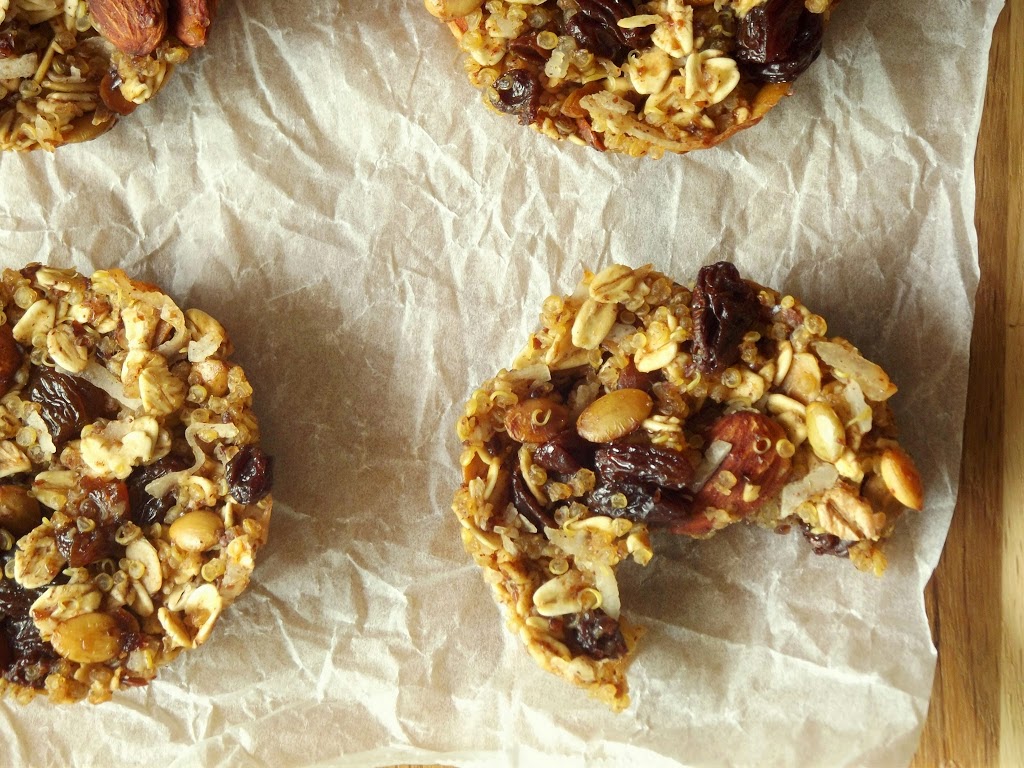 I’m happy to say that within a few hours I spotted some grown-up birds around our little house, and within a few days the baby that remained in the nest seemed to have flown away. I’ll never know for sure, but I guess the best I can do is think positive.

Anyway, today as I sat here on my front porch writing this post, a couple little red finches repeatedly swooped surprisingly close overhead. After they did this a few times I realized they’d started building a nest in a little candle lantern I hung from the porch roof long ago and never used. I’m happy to see them using it and hoping their willingness to get this close indicates that I’m now sending off some good Disney movie vibes to the critters in my area.

All of this really has nothing to do with today’s recipe. Except maybe that these would be a great snack for a nature walk, being portable, compact, trail mix-filled, and all that good stuff.

I got a little stuck on what to name these suckers. If you want real bite sized “bites” you can use a mini muffin tin, which I don’t have. I used a standard tin and ended up with multiple bites in each “bite.” I’d also thought about rolling them into little bite-sized balls, but once I had everything mixed up, I realized wasn’t going to turn out well. So, with everything ready to go and the oven preheated, I had to improvise, and I ended up shoving my mixture into the bottoms of standard muffin tins. As far as the name is concerned, these were too tasty to go by something as unappetizing as “pucks.” I thought about going corny with something like “flying saucers.” My boyfriend liked that one and suggested I talk about the X-Files, which I would have considered doing, if I’d included some sunflower seeds, which you can do if you’re a really big X-Files fan. In any event, these are multi-bite quinoa bites, but given that they’re delicious, you’re gonna want more than one bite, so you should be okay with that. 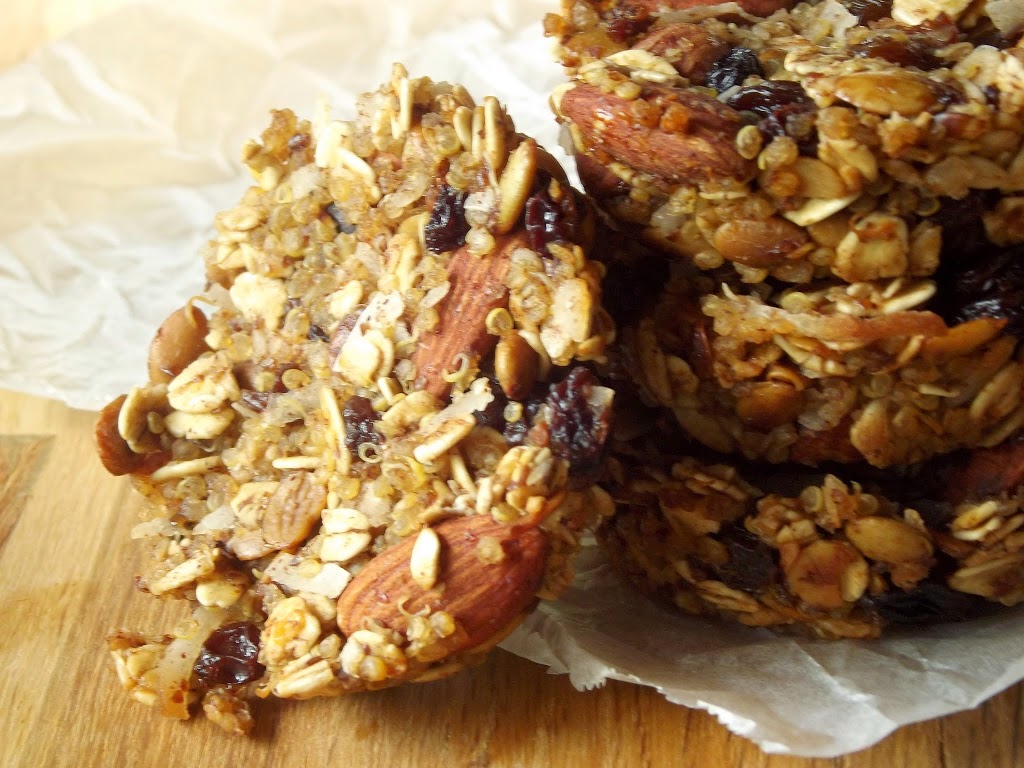 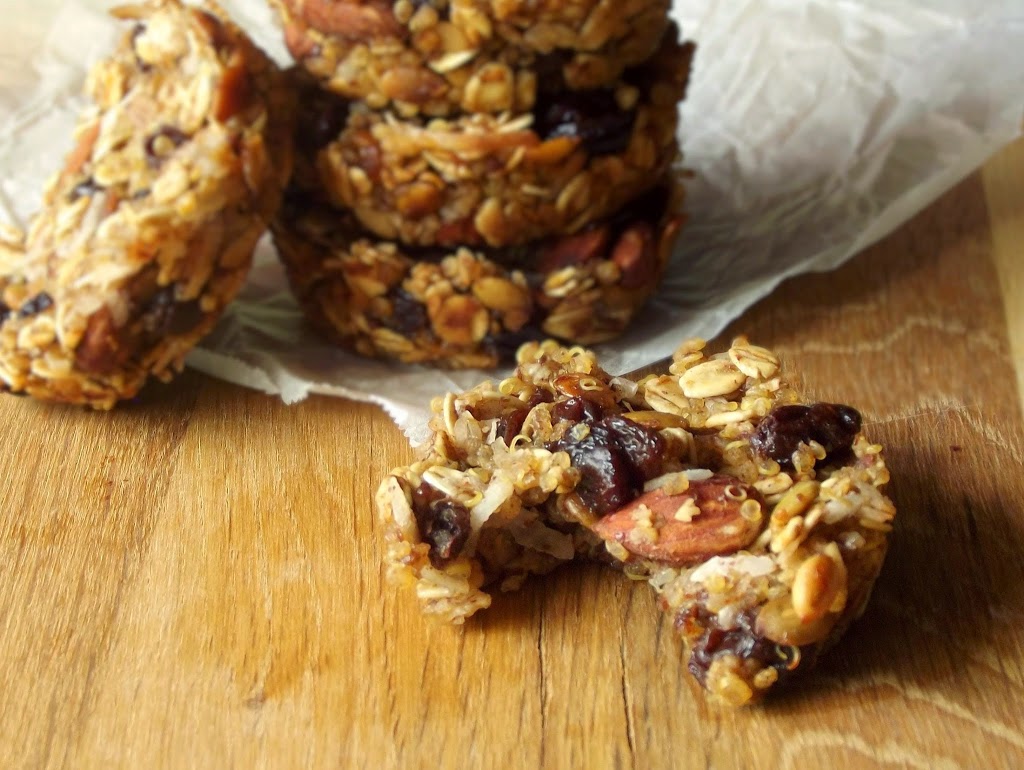