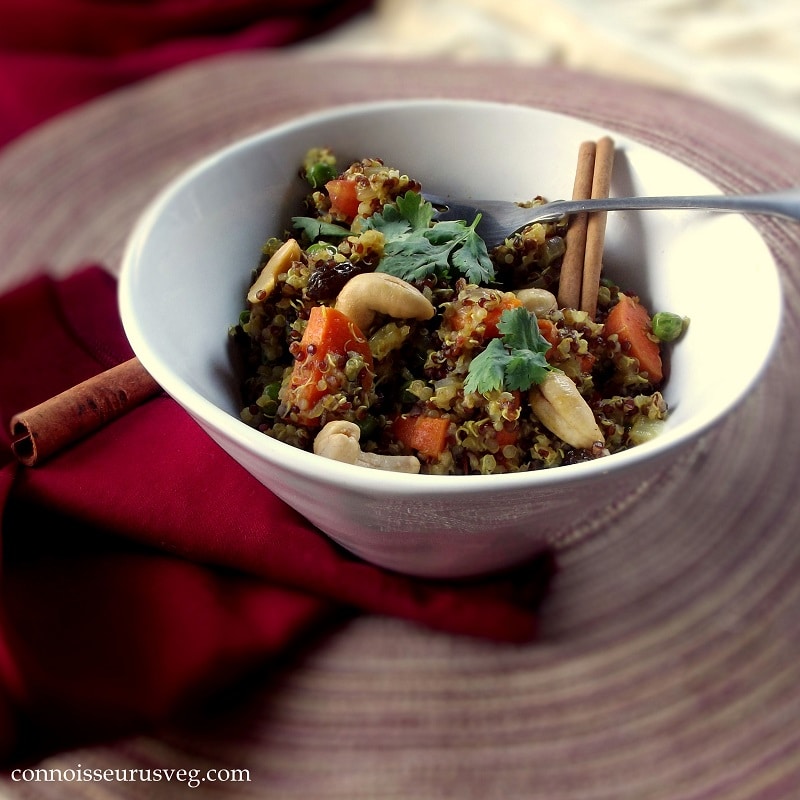 I mentioned my dad, maybe for the first time on this blog, earlier this week. I mentioned his fondness for cookies, but I didn’t get much into his other eating preferences. My dad isn’t what you’d call an adventurous eater. He likes burgers, lasagna, cookies, but as far as healthy, vegetarian, global cuisine and the like, he’s not into it. He has put in a valiant effort during the last few years to try new things, mostly resulting from the encouragement (or coercion) of the rest of my immediate family.

For birthdays my family will usually meet up for dinner at a place chosen by the birthday boy or girl. My brother and frequently select the same Indian place near my parent’s house. The place has amazing food and my family has grown friendly with the owner over the years. On one recent birthday, Dad, trying to be a good sport, selected shrimp biryani from the menu. Rice and shrimp? He liked both of those things, so it seemed like a sure bet. It arrived, and despite his good intentions, Dad wasn’t a fan. A few minutes later, when the owner stopped by to check in, he scolded my dad for his ordering selection. “You should have asked me to help you pick something! That dish has twelve spices in it! Of course you were going to hate it!”

My version has a mere ten spices, if you count garlic and onions. Nevertheless, it lacks rice and shrimp that my dad was looking for in the dish, so I’m guessing he really wouldn’t be into my version. That’s okay. Today I’m going to give him the cookies that I posted earlier this week.

I should mention that Dad’s continued efforts to step out of his food comfort zone, did lead him to the discover that he is a fan of saag paneer, or Indian creamed spinach, much to the whole family’s delight :) 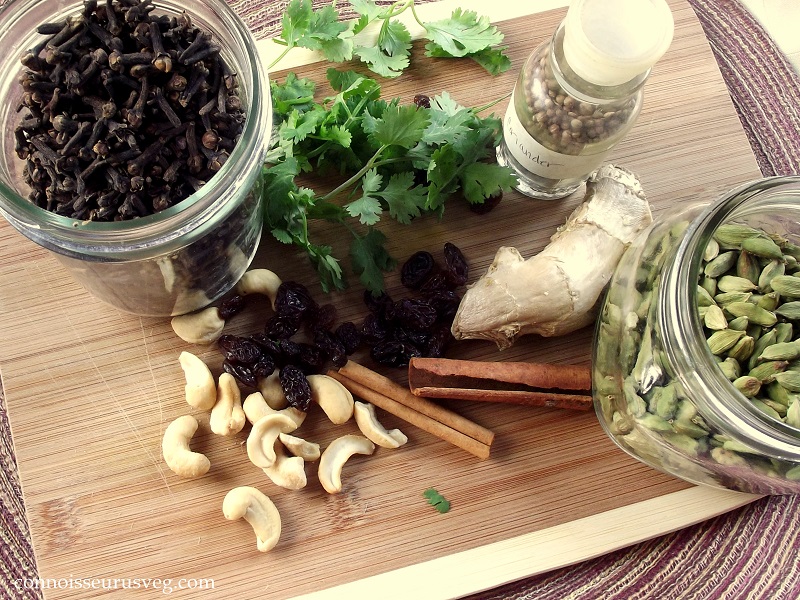 As far as the ten spices in my version of this dish are concerned, I’m hoping that won’t scare you away. These are all spices that, if you don’t already have them on hand and have to go out and purchase, I’m confident you will get good use out of, at least if you’re into global and particularly Indian cooking. I’ve also simplified this recipe as much as possible. Recipes for conventional biryani can call for all kinds of involved steps: roast this, sautee that…rinse, lather, repeat. I pared down the steps as much as I could, so once you’ve got your quinoa cooked, everything should come together rather quickly and easily in a single skillet. 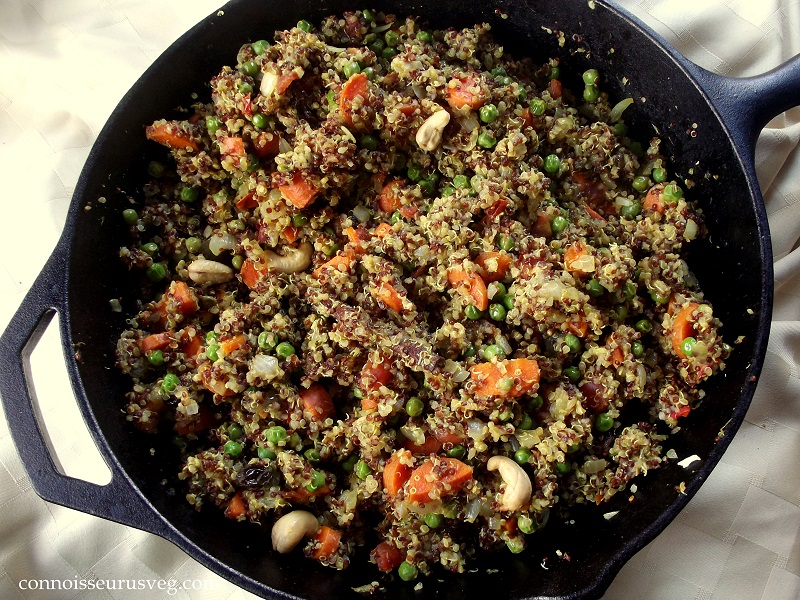 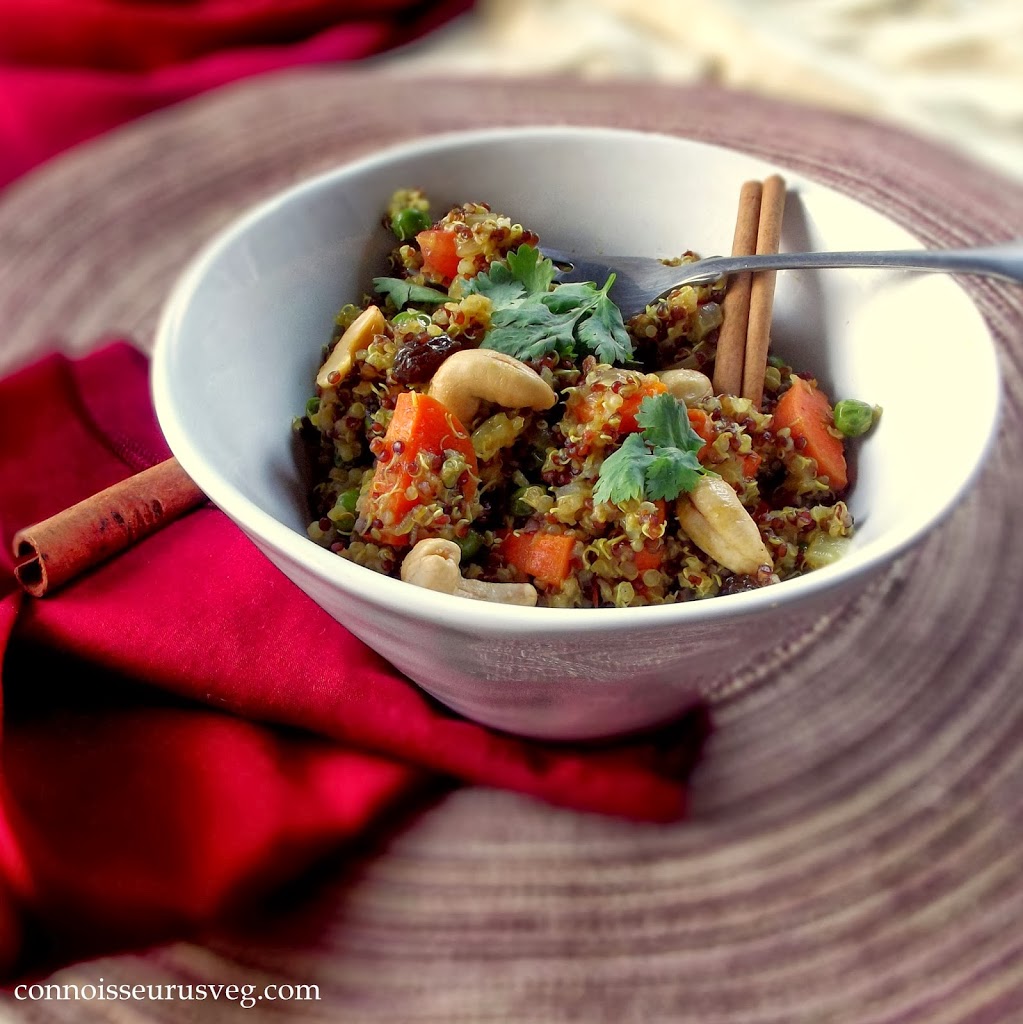 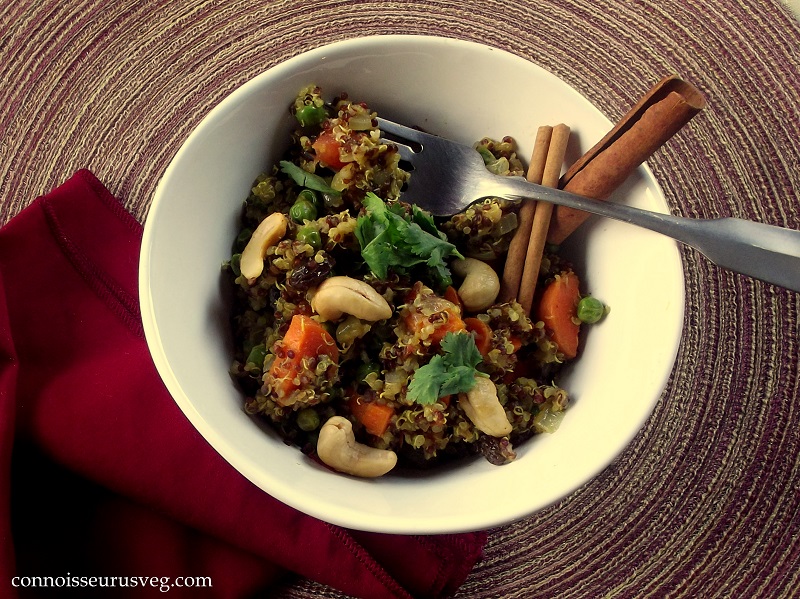