This hearty vegan lentil roast is made with savory red lentils, mushrooms and seasoned with garlic and dill.

This is another one of those posts where I share a vegan version of some food that I was never really into in it's non-vegan form. I think so anyway - this is assuming you could call this a vegan meatloaf. I've had a number of people ask me if I have a recipe for veggie meatloaf, and they generally look at me like I'm nuts when I tell them I'm not into the idea. I'm still not really into the idea, at least if you're talking about a vegan version of classic meatloaf.

It wasn't until recently that I realized I'd been making veggie "meatloaf" for years. One my first vegetarian cookbooks had a recipe for a lentil roast. It never crossed my mind that this was a vegetarian's version of meatloaf. Aside from being in the shape of a loaf, it was a far cry from any meatloaf I'd eaten as a kid.

The flavors in that early lentil loaf were a bit different than what I've included in this recipe. The first version also included copious amounts of cheese, whereas the latest version is vegan. Over the years I tweaked that lentil loaf recipe until I ended up with the roast (more appetizing than "loaf" if you ask me) that you see before you. Maybe not the prettiest of my kitchen creations, but it's hearty and delicious as heck. This is the first time I included dill as the main flavoring, and it turned out to be the best idea ever.

Serve this as a holiday main course to please the plant eaters in your life, and I'm betting your omnivorous dinner guests will be gobbling it up with gusto. If you've got a hectic day of meal prep planned, mix everything up a day in advance, prepare your loaf and stick it in the fridge. Let it come up to temperature the following day and bake according to the recipe. 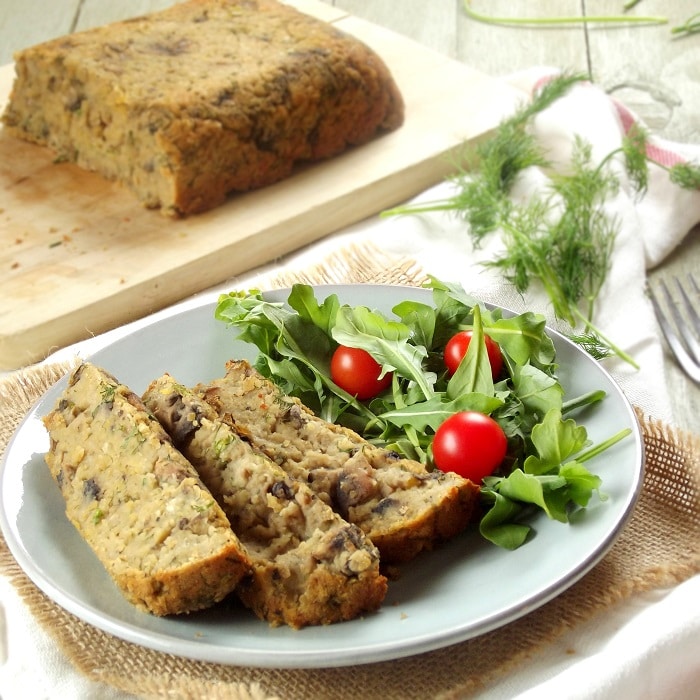