You are here: Home / Snacks / Healthy Snack: Pistachios with Fruit and Tea 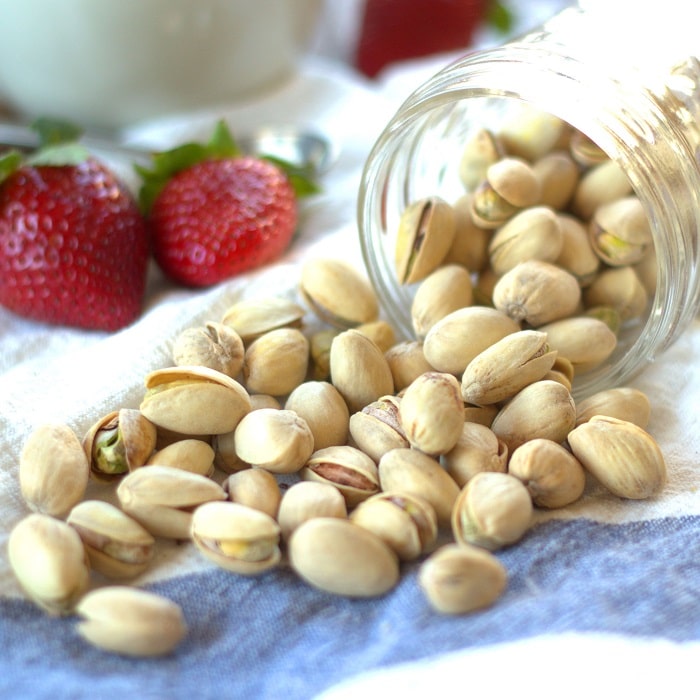 Working from home has hazards. Since I began working from home back in late 2013, I’ve become very aware of the importance of mindful snacking. This usually wasn’t an issue when I worked in an office. I didn’t have access to much in the way of snackables. I was never very good at stocking snacks in my desk, and the snacks available in the kitchen didn’t do it for me. You’d think being at home all day would lead to healthier eating, and it does in a way, but a full pantry can lead me to get carried away.

Some planning and self trickery is sometimes required. Yup. Sometimes you just gotta play a little trick on yourself, all April fools style. 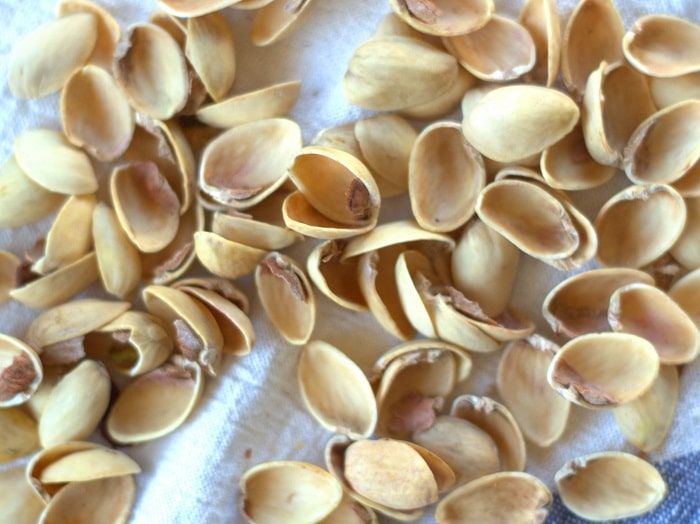 That’s where the star of this snack party comes into play. Pistachios, which you can use to “fool yourself full.” This works. I received a sample of in-shell pistachios from the Pistachio Health Institute for this post. I was hungry when they showed up on my doorstep, so guess what the first thing I did was? I ripped the package open and attacked it. And you know what? After ten long minutes of attacking, I looked down at the pile of empty shells, then the bag, and realized (1) I wasn’t hungry anymore, and (2) after all that attacking, I had just barely eaten a single half cup serving of in-shell pistachios.

The beauty of in-shell pistachios is that the shells force you to slow down, so your brain actually has time to realize you’re full. The empty shells also give a nice visual cue as to how much you’ve eaten. And then there’s the serving size. A half cup. Of nuts! That, itself, is kind of nuts. 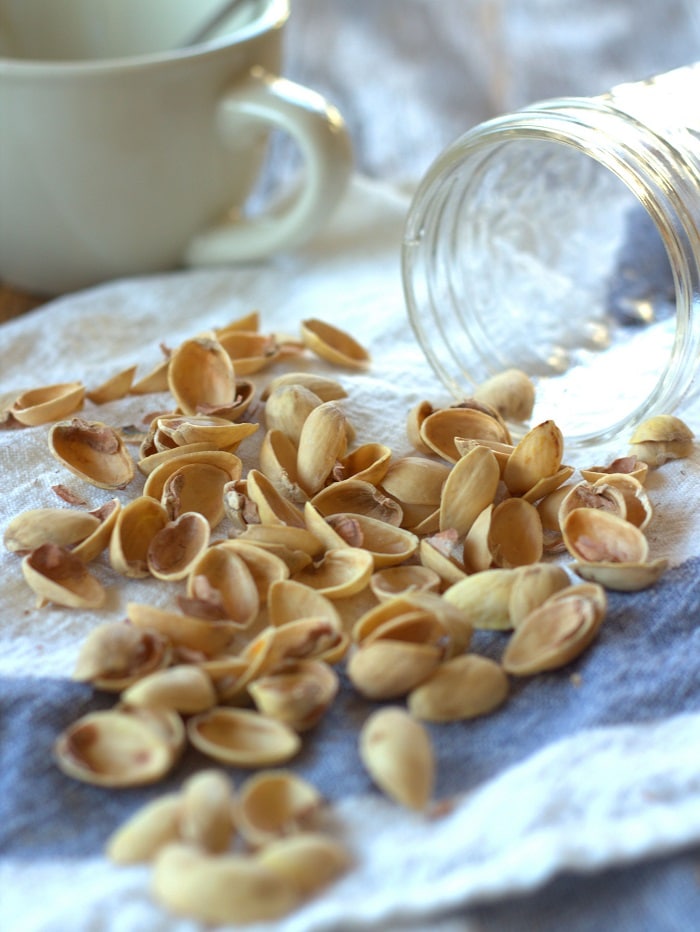 Some more about in-shell pistachios:

A half cup serving of pistachios has 49 nuts. That’s a lot of attacking.

A half cup is also easy to premeasure, so you’ve got your portion size set. I have a ton of one cup mason jars lying around, so I’ve been filling them halfway, which is also conveniently transportable, for those of you who do work outside the house. Eat them on their own, or pair with some fruit, like I’ve done here with strawberries, and a cup of tea.

The Pistachio Health Institute is offering up a year’s worth of healthy pistachio snacking. Head on over to their Facebook page for details on this giveaway! 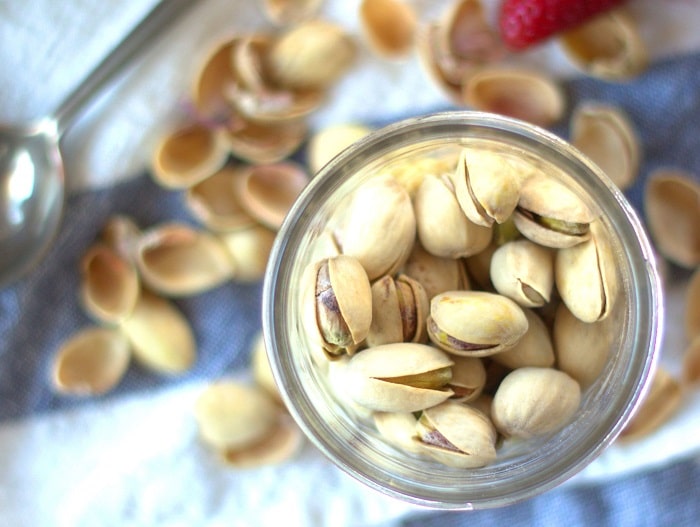