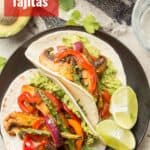 I've had my share of disappointing veggie fajitas, having ordered them at many-a-restaurant where they were the only meatless option. I usually get the impression that these fajitas are simply stuffed with the trimmings that would go in their regular fajitas...in other words, just onions and peppers with no seasonings.

Well these vegan fajitas are way better! I kept the usual onions and peppers, but also added a couple of my favorite veggies (asparagus and portobello mushrooms) and a zippy sauce, then topped them off with a sprinkle of cilantro and a slathering of guacamole. So good!

How to Make Vegetable Fajitas

You can also cook these fajitas on a barbecue grill, and they'll be awesome!

Simply oil your grill, use a medium flame and cook the veggies directly on the grill until they're lightly charred and tender-crisp (about 5 minutes) brushing them with the sauce every few minutes.

Use your grill to warm up your tortillas as well. Just be careful not to overheat them or they'll dry out!

Store any leftover veggies in a sealed container in the fridge for up to 3 days.

Can these vegetable fajitas be made gluten-free?

Sure! Just use gluten-free tortillas.

Are these fajitas spicy?

They're spicy, but not very hot. Add a bit of cayenne pepper if you'd like some heat in yours!

Can I substitute any of the vegetables in these fajitas? 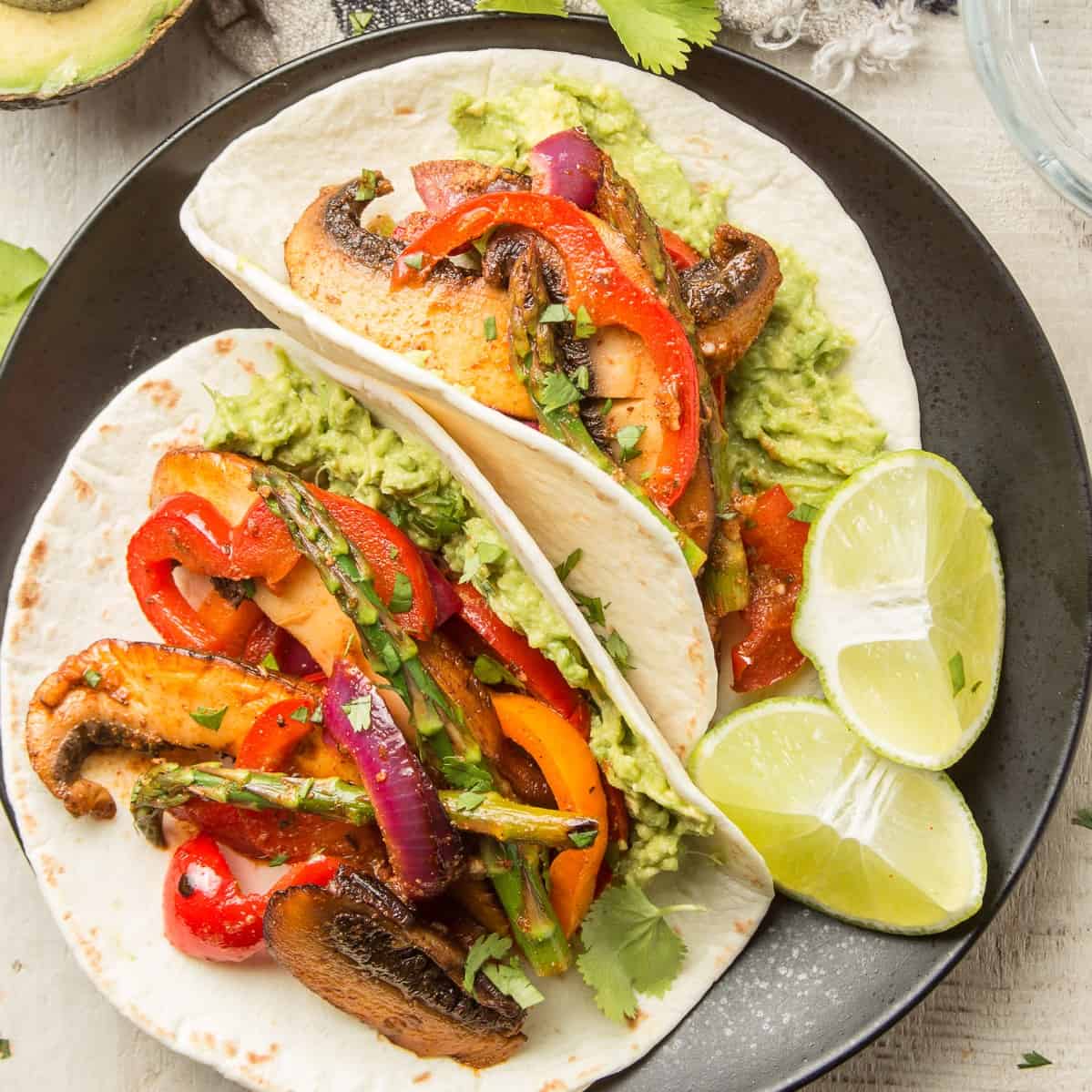 Nutrition information does not include guacamole.