You are here: Home / Entrees / Garlic and Lemon Roasted Veggies over Quinoa 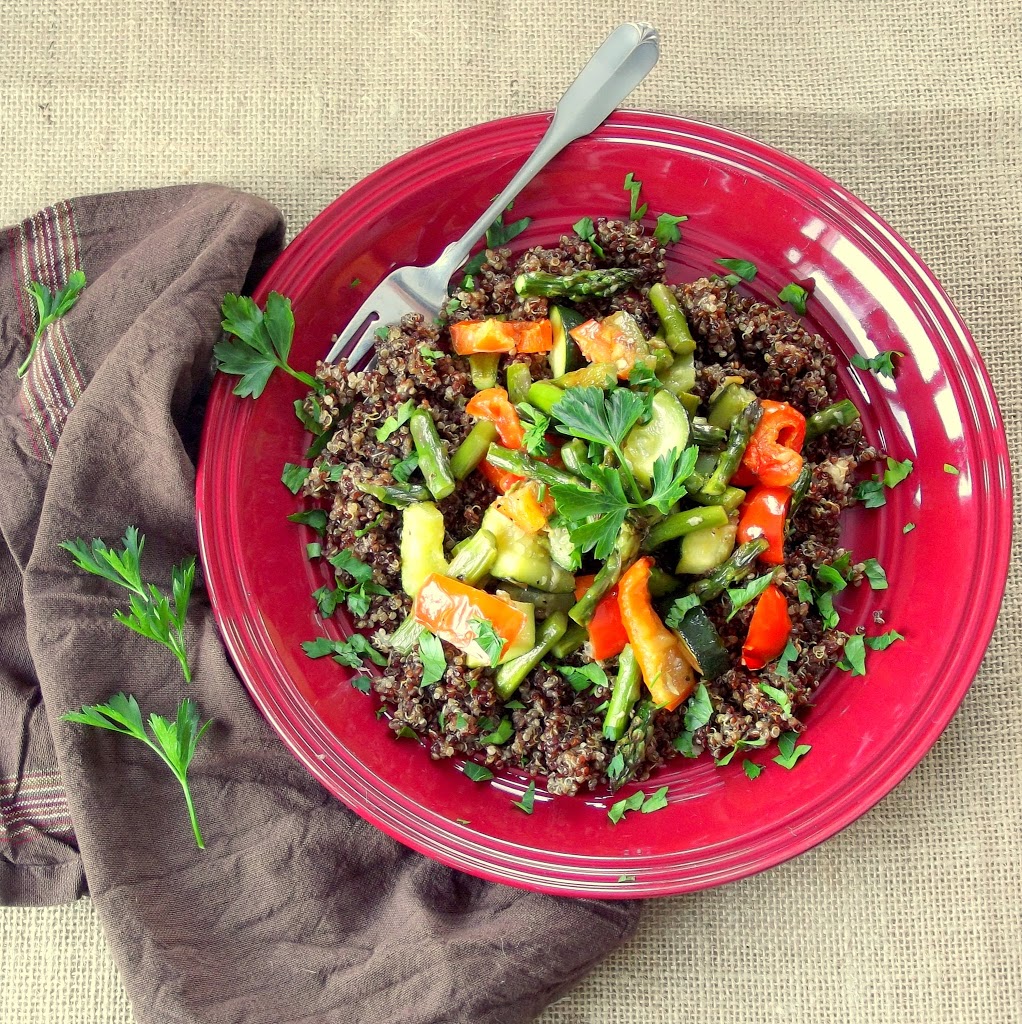 I mentioned to a friend one day that any recipe I post that’s centered around quinoa tends to get lots of hits. “That’s because nobody knows what to do with the stuff.” She informed me. Huh. I’d never thought of that. I can honestly say that I’ve found quinoa to be one of the easiest ingredients to work into my diet. Yeah, if you cook it in water and eat it plain, the stuff is going to be pretty bland and boring. But can’t you say the same about pasta or rice? 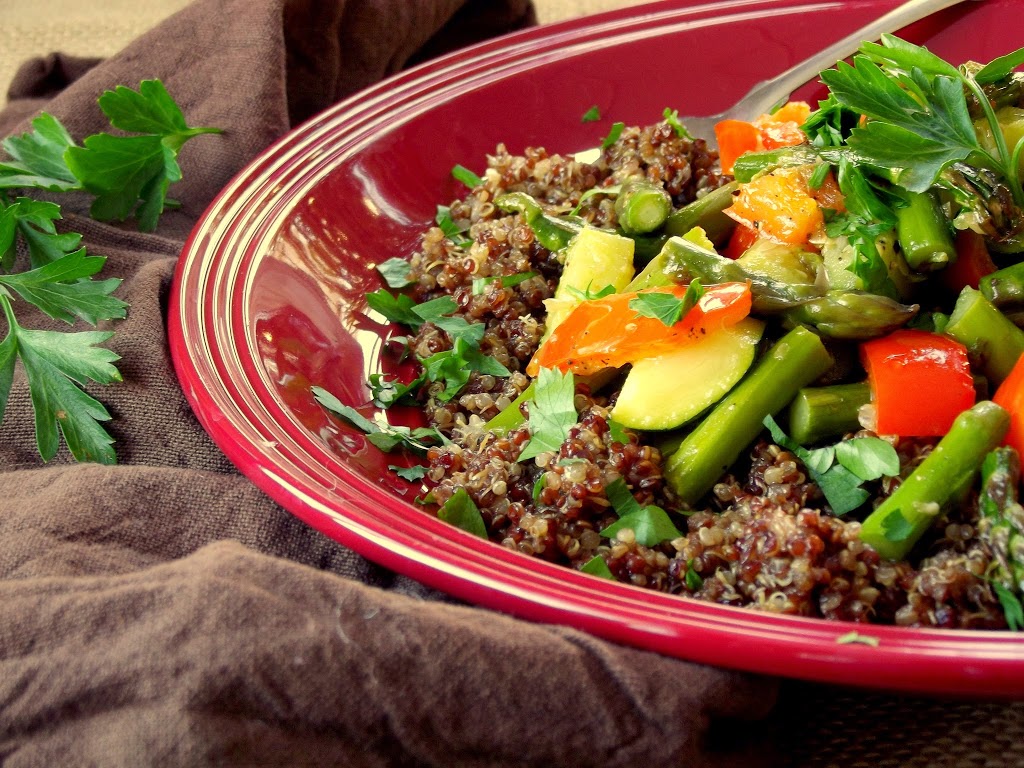 One thing quinoa has over pasta at least, is the fact that you can season it during the cooking process. Cook your quinoa in something other than water and you’ve instantly got something way more interesting than plain old quinoa. I first discovered this by cooking a batch of quinoa in vegetable broth, which is what this recipe calls for, but you can also do some awesome things by adding lemon juice, soy sauce, herbs or other seasonings to your cooking water. I actually made two attempts at this recipe, the first time around cooking my quinoa in plain water and adding some balsamic vinegar at the end, which ended up being so tart that it overpowered the flavors in the veggies. Vegetable broth, on the other hand, yielded a hearty, savory, but mild quinoa that went excellently with the lemon and garlic flavors of the veggies.

This is what I think of as a great meal for spring. Hot food, but lighter than something you might crave in the colder winter months. If you want something a little heavier, top this dish with a few slabs of pan-fried tofu. 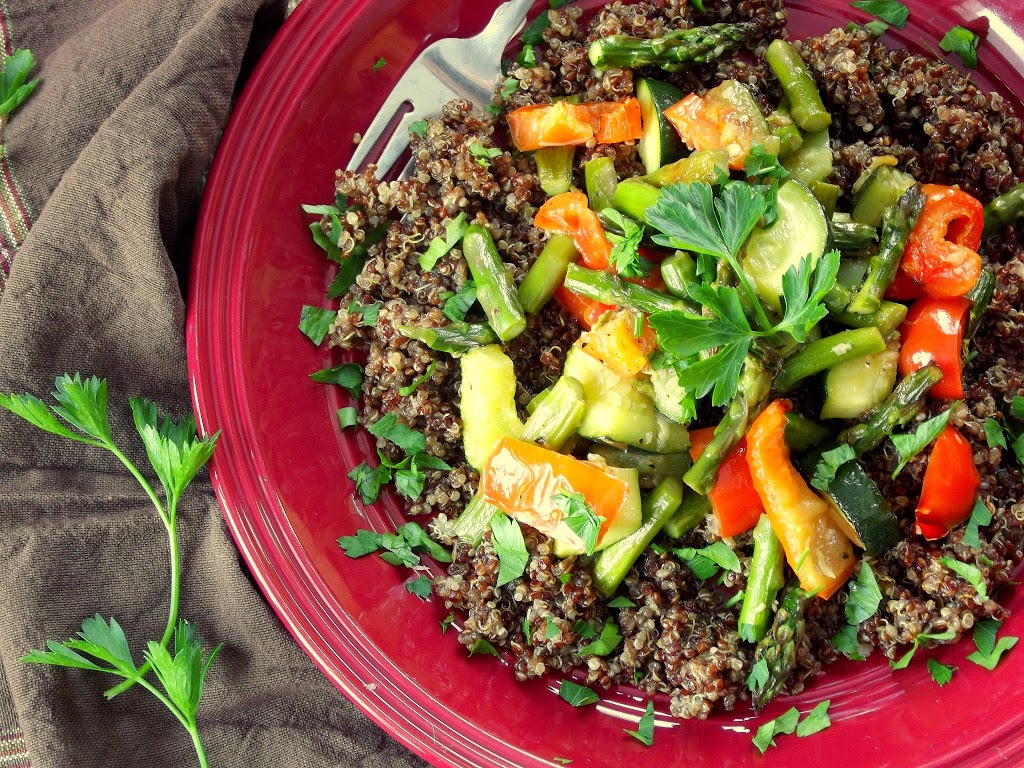 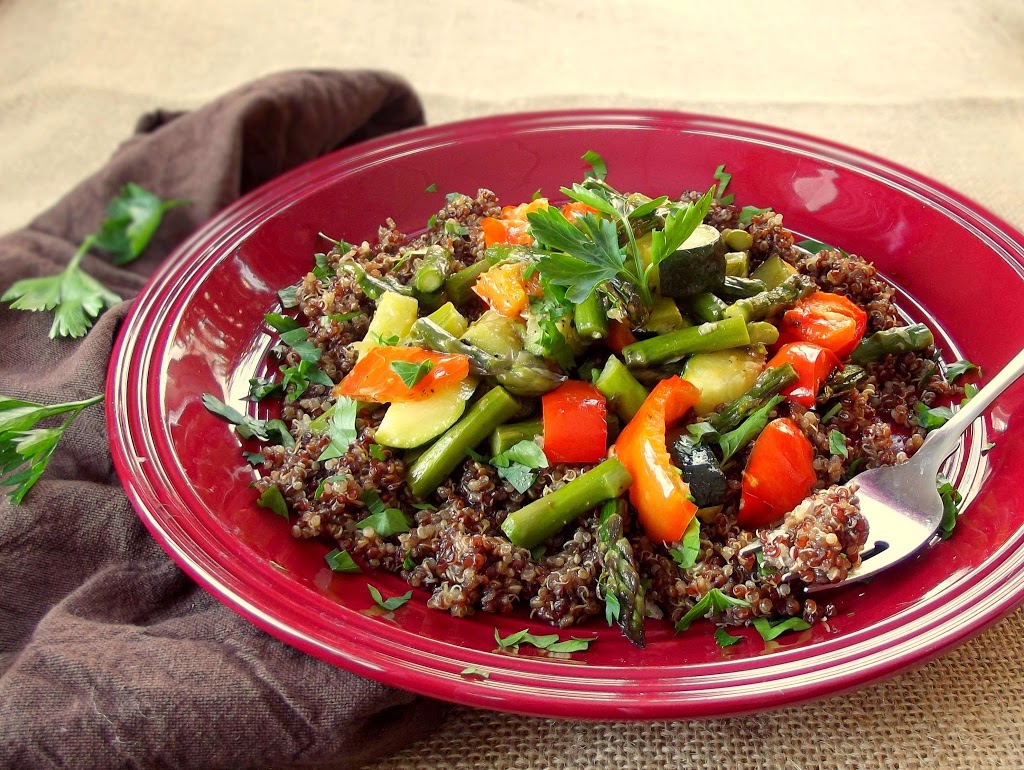