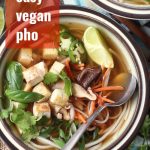 Toasty spices and veggies are simmered in vegetable broth and ladled over silky rice noodles and crispy pan-fried tofu before being topped with hoisin sauce and fresh herbs to make this restaurant-worthy vegan pho. The best part? It comes together in less than an hour! 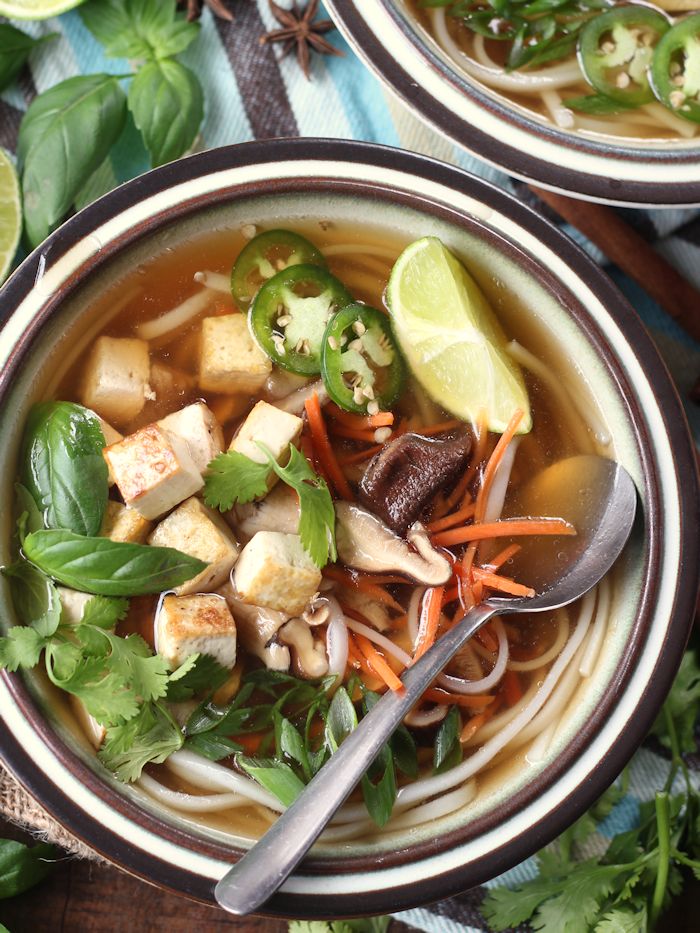 I’ve enjoyed quite a bit of Vietnamese food, but it was forever before I actually got to try what is perhaps the best known Vietnamese dish of all: pho. Nobody has a vegetarian version! Most of the Vietnamese places I’ve frequented offer a vegetarian option called something like “vegetarian noodle soup,” which is not pho. I know this because I finally found some veggie pho, and it was way better.

So have you had pho? It’s amazing. Tastes like Christmas. Seriously! I actually thought of holding off on posting this until we were well within the holidays, because it would make some mean party food. Dress your own pho party complete with toppings bar? You know you want to. 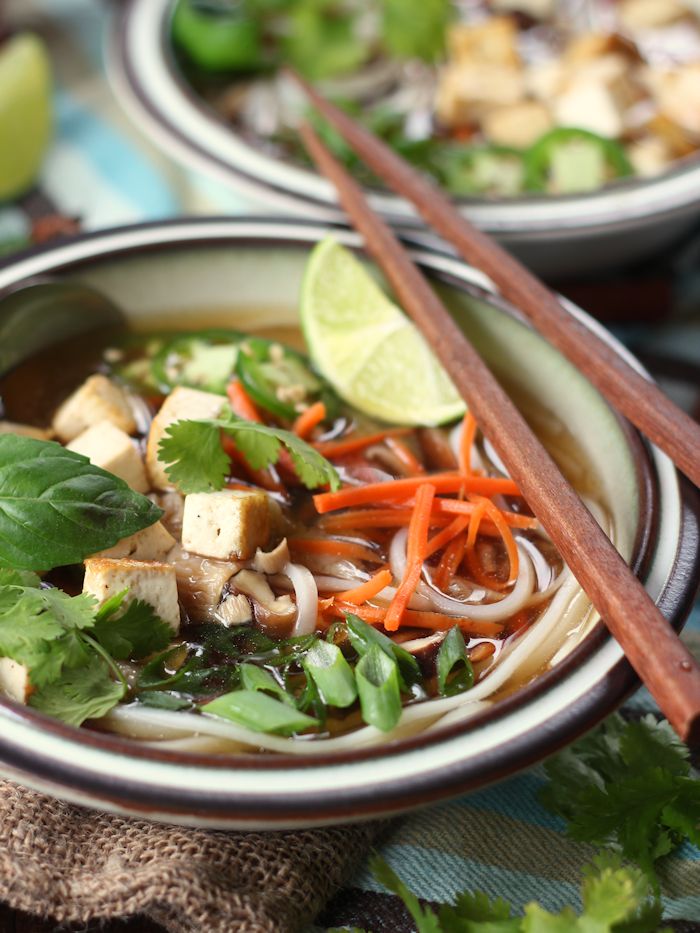 When I started seeking out pho recipes I figured out why nobody has a vegetarian version. Normal pho involves hours and hours of simmering meaty things in broth. I guess the restaurants I visited didn’t feel like bothering with a separate meatless broth, for simple lack of demand.

So, did I simmer meatless things for hours and hours to make my vegan pho? No, I took some shortcuts, but don’t worry, it was still like magic in my mouth. Normal pho recipes call for charring onions and ginger over an open flame, which I could do, but figuring not everyone has a gas stove, I gave broiling a shot. It worked! Then I simmered whole spices. I had the whole spices on hand, and perhaps you could sub ground spices, but I don’t know if that would be as good. It certainly wouldn’t be as fun or look as cool. So splurge for some spices. A brief 30 minute simmer did the trick. 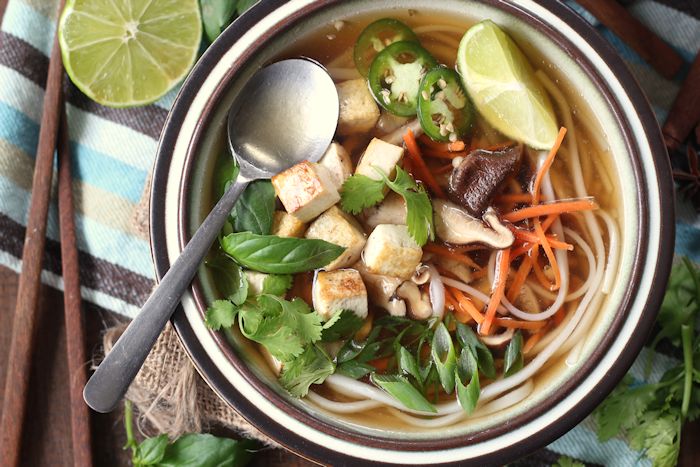 I used 6 star anise, but I really like a lot of anise flavor. Just a warning so nobody overdoes it!