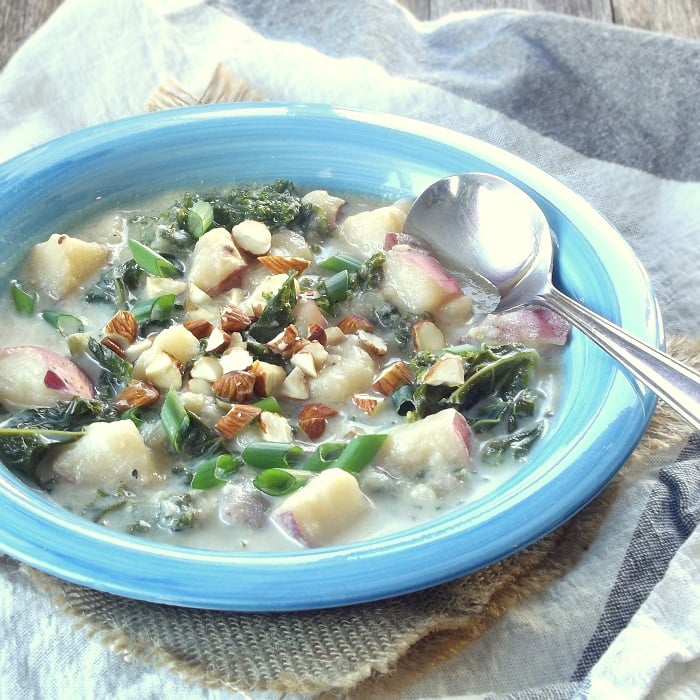 A while back I set a goal of veganizing all of  my older, non-vegan recipes on this site. Then I kind of forgot about it. The greater portion of year's gone by since I posted a new and improved vegan version of old of those old recipes. I thought some vegan potato soup was due.

This soup was actually one of the first recipes that came to mind when I set that intention a while back. In fact, the original version of this one was almost vegan. I mean, it was very not vegan - loaded with cheese and milk, but when I first came up with the idea for creamy potato kale soup, I debated just making it vegan from the get-go, probably incorporating some nutritional yeast and non-dairy milk. I think I got nervous, worrying that it would be overly complicated and/or not good, which is funny looking back, because veganizing this recipe was so easy, and even looking at that old recipe I'm all, "Duh! Most veganizable recipe ever!" Funny how a couple years of blogging will do that to ya. 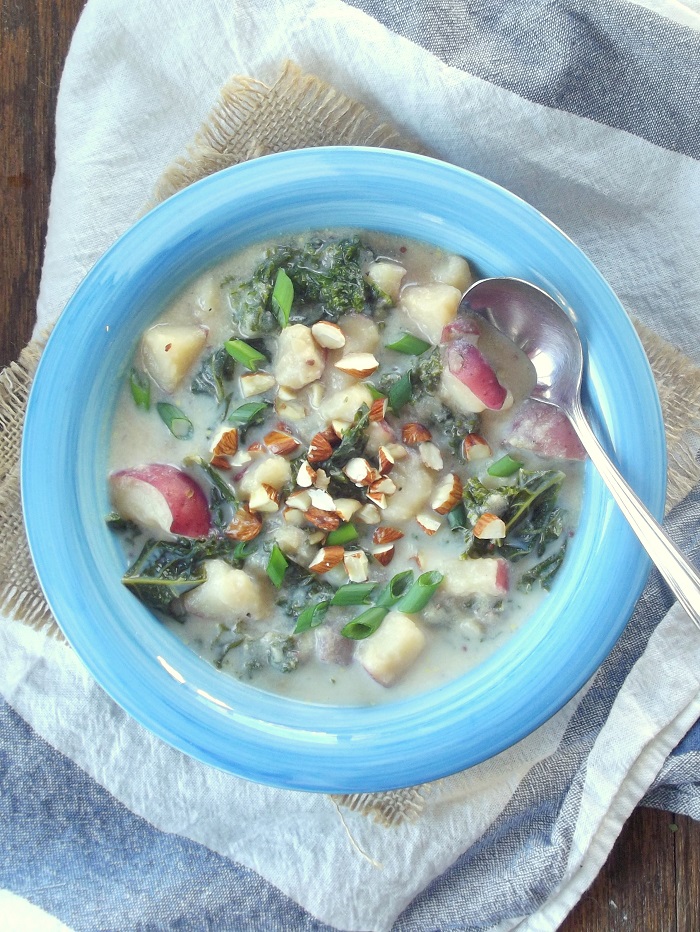 In the end I didn't even need to include the nutritional yeast. I taste tested, and while the original version was a cheesy potato kale soup, this version tasted fantastic without the inclusion of any cheese replicating ingredients. The almonds are key. The soup is great on it's own, but the almonds are all smoky and crunchy and I think do for this soup what bacon would do in a non-vegan version of potato soup. If you don't feel like roasting your own almonds, at least pick up some smoke flavored almonds at the store. 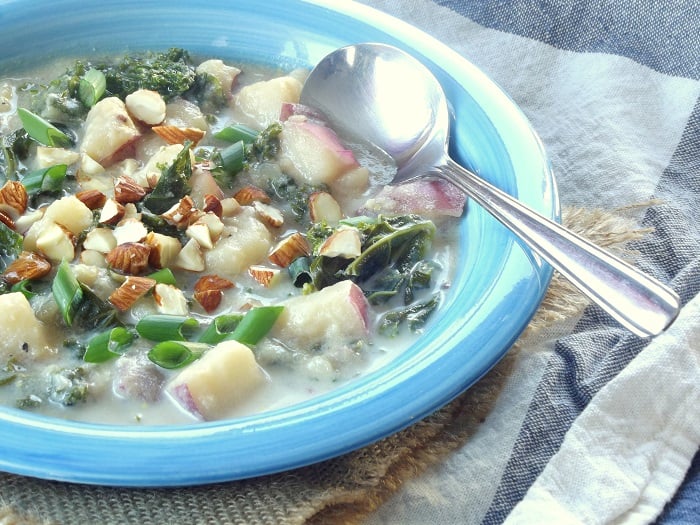