This refreshing blood orange smoothie gets a mild zip from fresh ginger, and a rich creamy texture from bananas and hemp seeds. 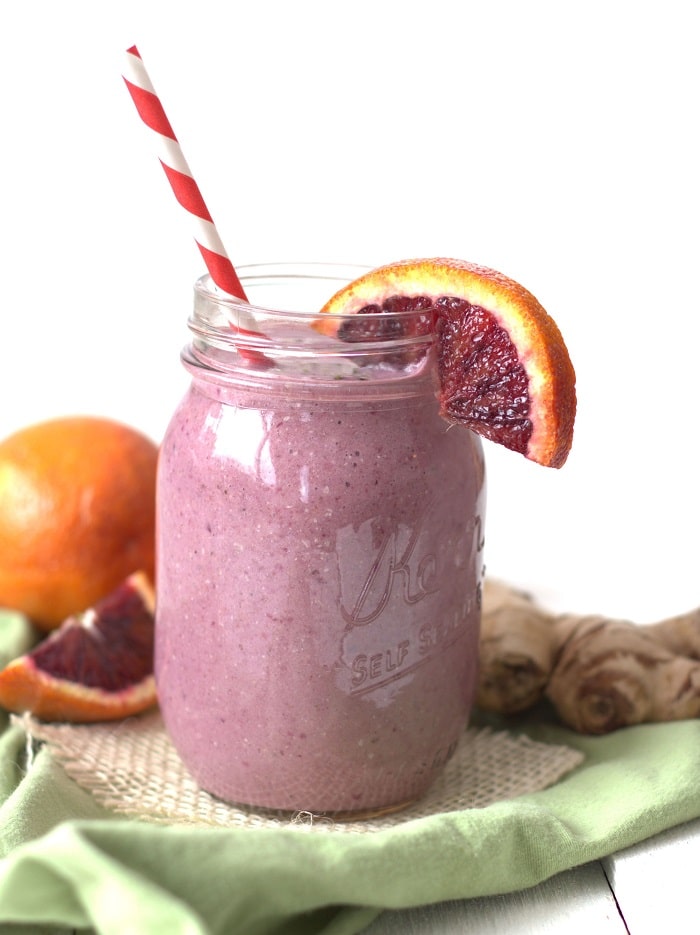 The first time I had a blood orange, I though it was the best thing in the world. My college roommate had brought some home from the produce market. The color alone was enough to intrigue me, but then I tasted it and immediately decided I was in love.

After that I made trips to that nearby produce market on a weekly or so basis to stock up on blood oranges, until one day, they were no more. Big time bummer. At the time I didn’t quite get that they were seasonal thing. I just thought they’d disappeared from my life forever. So sad. 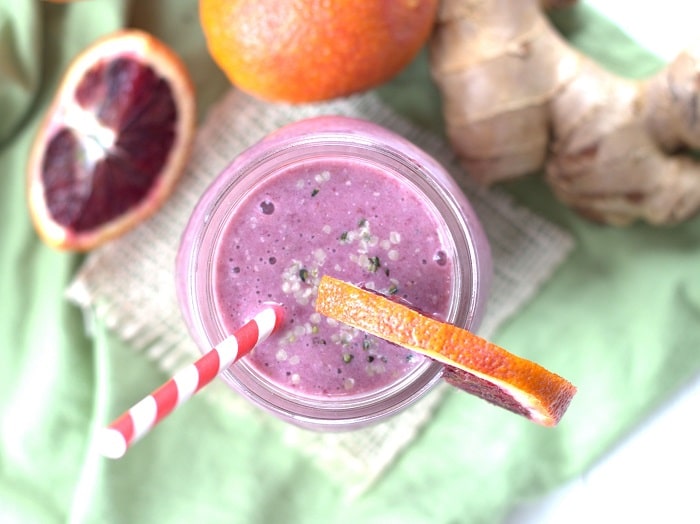 I think I started to get it the following year when they reappeared at about the same time, only to disappear a short time later. I had a few years where I missed them completely, no longer living near that produce market. I’m happy to say that blood oranges seem to have gained enough popularity that even my regular old supermarket now stocks them in late winter. I never miss them. They’re still a favorite, and I buy them in bunches through February and March.

Up until now I’ve had trouble coming up with a good blood orange recipe for the blog. I think maybe I was trying too hard. They’ve got a distinct flavor that doesn’t pair well with everything. In 2013 I attempted blood orange tofu. Bad. Last year I tried blood orange pilaf. Got some pretty pictures of a dish that was kinda meh. This year, I decided to keep things simple with a smoothie. Delicious! And pretty to boot.

Two flavors that I discovered do go well with blood oranges are cardamom and ginger. So I went and threw them both in here. Bananas and hemp seeds make this smoothie rich and creamy. If memory serves me, blood orange season will soon be over, so go get some and make this while you can. 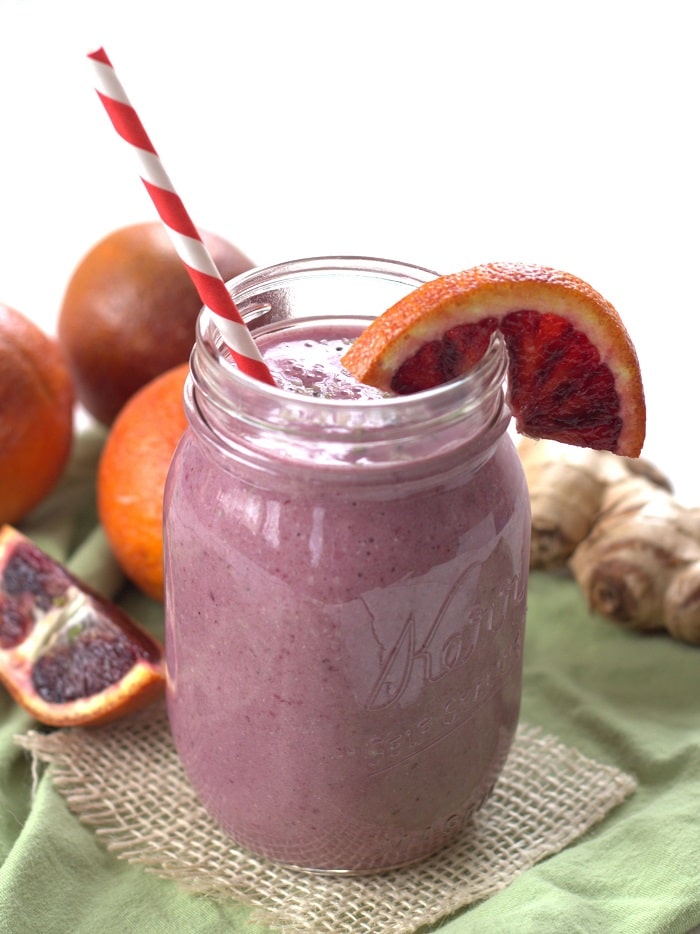