This decadent stuffed vegan French toast is cooked up in a light coconut milk cardamom batter, grilled until golden brown, and stuffed with a rich cranberry cheesecake and pistachio filling. 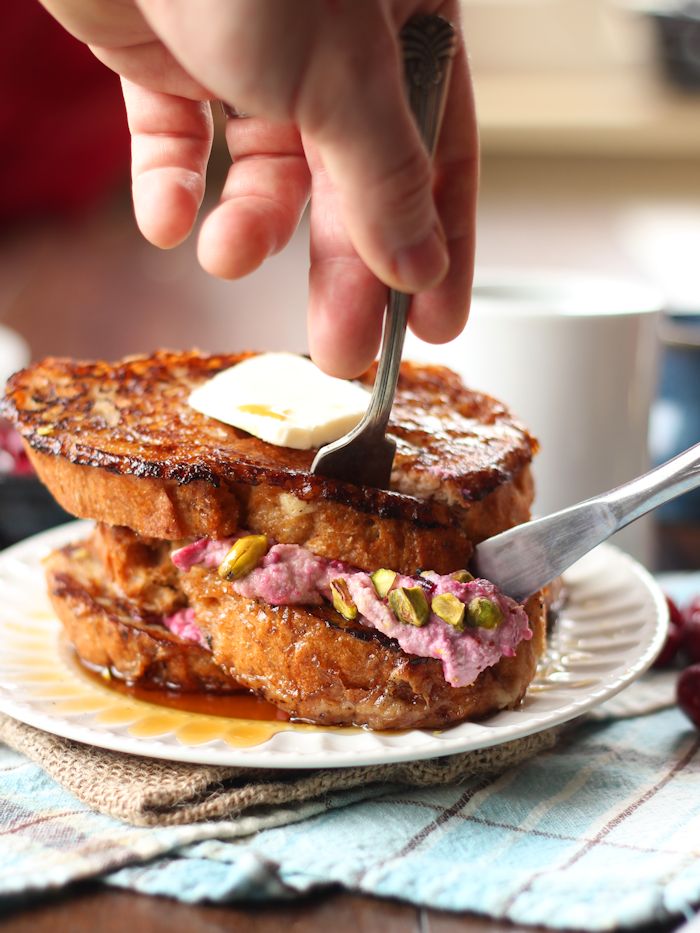 2015 has not been the year of breakfast on this blog. I’m kind of sorry about this, because, truth be told, I love posting breakfast recipes. Nothing makes me happier than cooking up some fun-filled vegan pancakes on a Sunday morning and snapping some photos before sitting down to enjoy them with the satisfaction of having some new killer breakfast blog material.

Alas, you guys aren’t breakfast peeps. I’m really not either though, which doesn’t really make sense, given what I just told you. I think during its early days I used this site as an excuse to cook up weekend breakfasts, thinking everyone would be all about it.

So here I am with my vegan dinner blog, which really does make sense, because vegan dinner is what I spend the most time cooking. But that doesn’t mean I won’t cook up some brekkie when I have a really good excuse, and today I’ve got two of ’em. 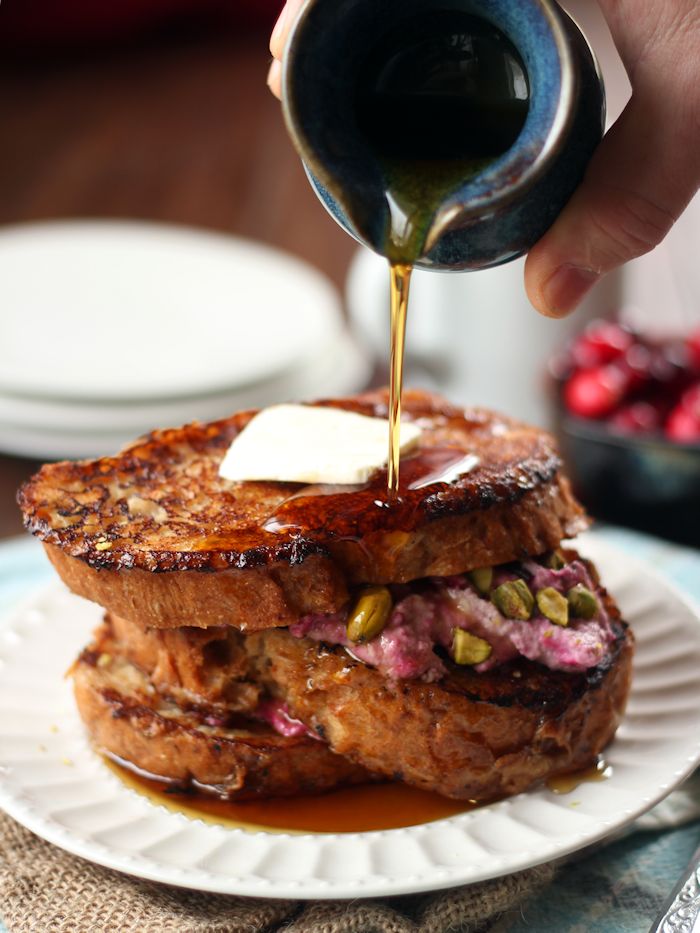 I created this recipe for the Vegan Mystery Box Challenge, which is a fun little blog event created by fellow vegan bloggers Sam from It Doesn’t Taste Like Chicken and Andrew from One Ingredient Chef. A whole bunch of bloggers are in on this. Basically, we all chose to enter on the premise that we’d be given three ingredients to craft a vegan recipe around, and then we’d each come up with our own fun creation, and we’d all share links to each other’s recipes on our blogs. The three ingredients we were given were coconut milk, cranberries and pistachios, which of course were begging me to be transformed into some crazy delicious French toast. 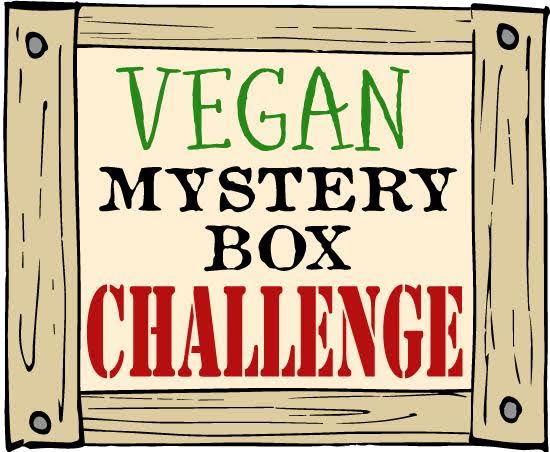 It also happens to be the holiday season, so even the most unbreakfasty among us can get down with some stuffed vegan French toast. Love this idea? Love coconut milk, cranberries and pistachos? Check out the scrumptious creations from my blogging buddies who participated in this challenge!

Vegan Cranberry Pistachio Loaf by It Doesn’t Taste Like Chicken

Cranberry Pistachio and Mango Salad by Veggies Save the Day

Pistachio and Cranberry Cream Sandwich Cookies by Love Me Feed Me 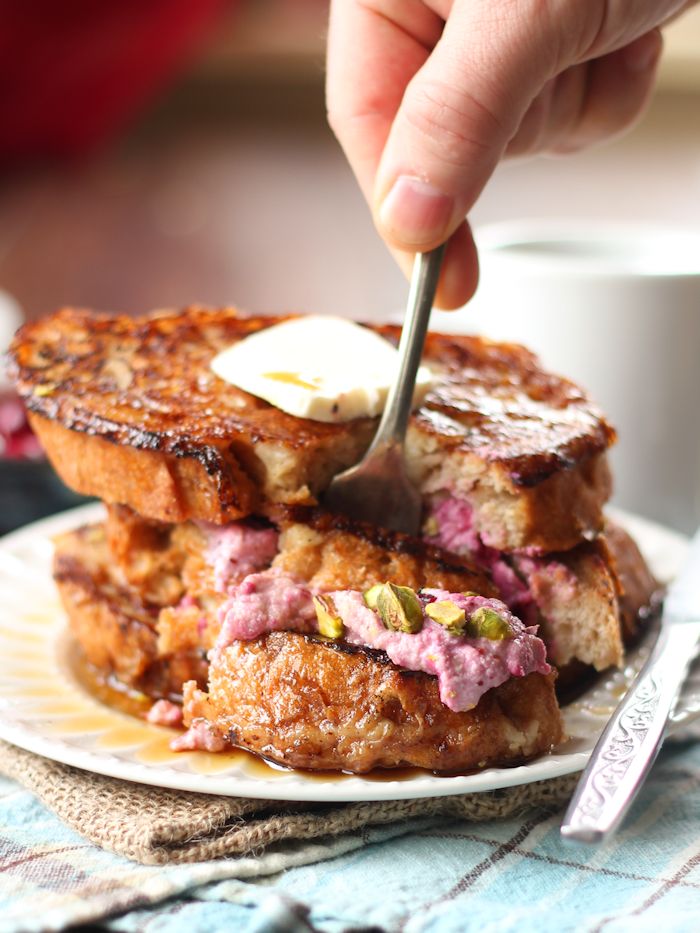 For the Cranberry Cheesecake & Pistachio Stuffing

For the French Toast