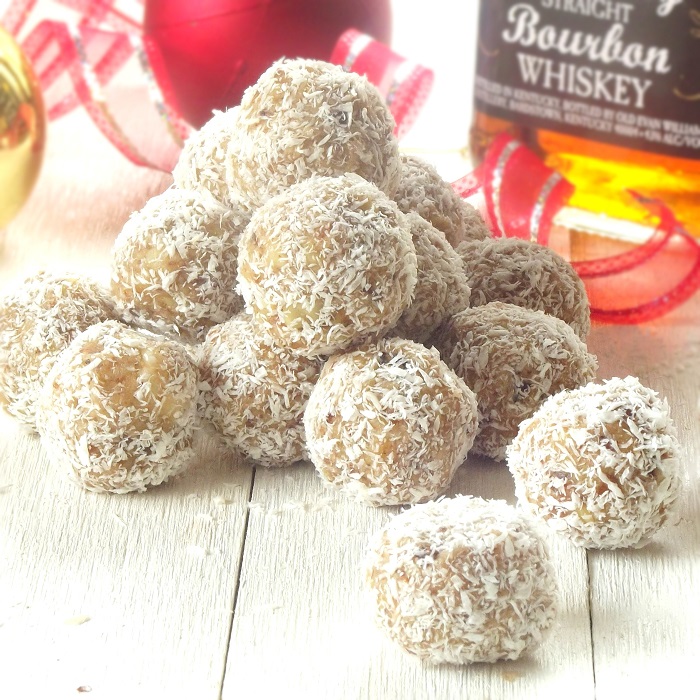 They’re not chocolate. I had to post at least something sweet that isn’t chocolate this holiday season. Believe it or not, there are folks out there who don’t like chocolate. And variety is the spice of life. That, and, apparently, whiskey.

I was brainstorming for something non-chocolate to post for the holidays. Vegan snowballs seemed a fine idea, when it occurred to me that something in line with this Coconut Milk French Toast might be nice. Whiskey. Coconut. Nutmeg. It worked for breakfast. I was betting it would work as well for candy. 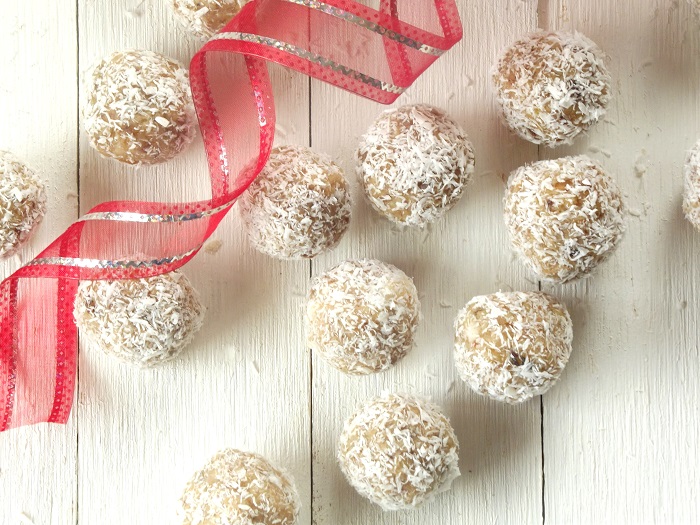 These are made with coconut butter. Yeah. When I first heard the term “coconut butter” I was all “Whaaaaa???” Coconut, it turns out, just like peanuts or almonds, can be blended up into a buttery paste. Did I just blow your mind? Thought so. Anyway, coconut butter makes a great base for sweets like these little guys. When you first blend it up, you might find it a bit on the runny side. That’s because it requires quite a bit of blending, so it heats up and softens. Like coconut oil though, stick it in the fridge and it’ll firm up. It tastes like creamy rich coconut, which is a great stand it for the dairy you’d find in conventional eggnog. 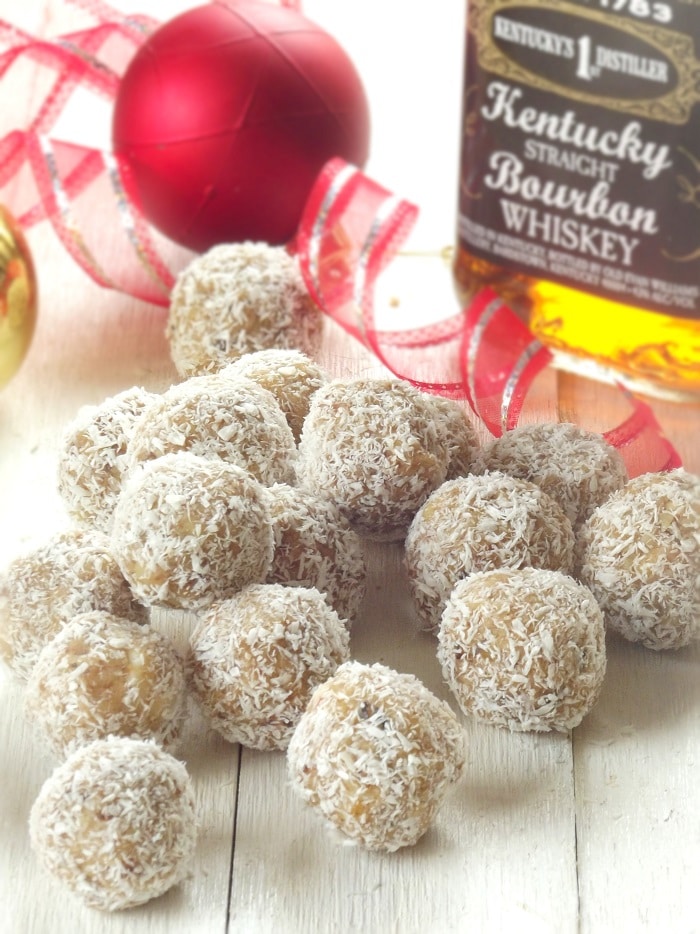 You will have some leftover whiskey from soaking the dates. Drink it, save it, or use it in another recipe, like this one. Or this one. 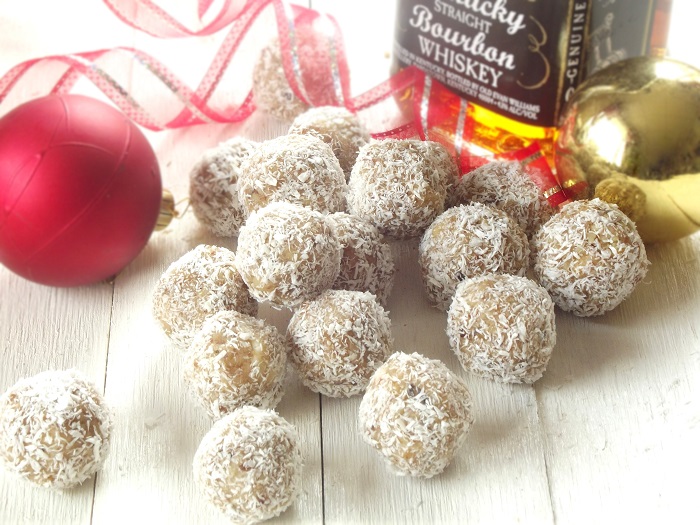