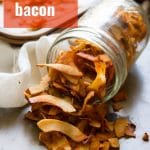 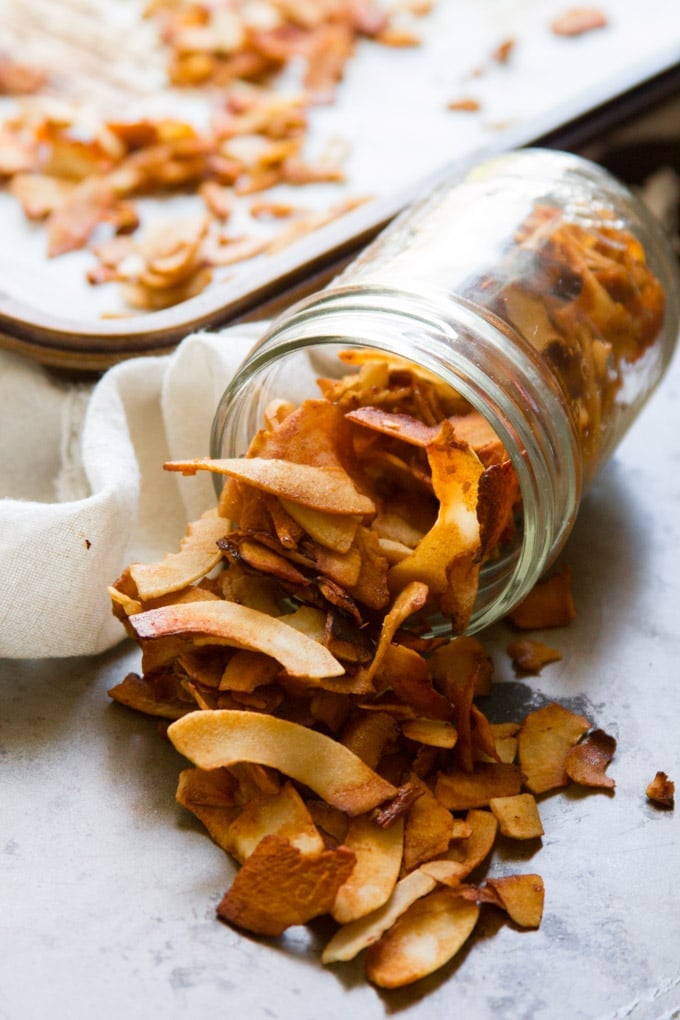 I was never a fan of bacon. In fact, it’s always weird for me when I talk to other vegetarians who tell me bacon was the toughest thing for them to give up. I always found it completely gross, from my meat-eating days as a kid, into my college years while I served breakfast to hungry tables at the local Friendly’s. The breakfast shift was my least favorite for the mere fact that the aroma of bacon continuously pumped out of the kitchen.

So it was never like there was some big empty space in my heart where bacon belonged. At least until I started veganizing recipes that called for bacon and realized something was most definitely something missing.

Coconut bacon has everything that I consider to be good about bacon, and none of whatever it is that turns my stomach about the real stuff. It’s crispy, smoky, salty and amazingly satisfying. I was a little concerned that the coconut flavor would overpower all of the bacony flavors, but instead it come through very subtly and surprisingly compliments the seasonings. These little flakes are the perfect substitute for bacon bits.

This couldn’t be easier to make!

Stir up a smoky marinade and then add your coconut and give it a gentle stir. 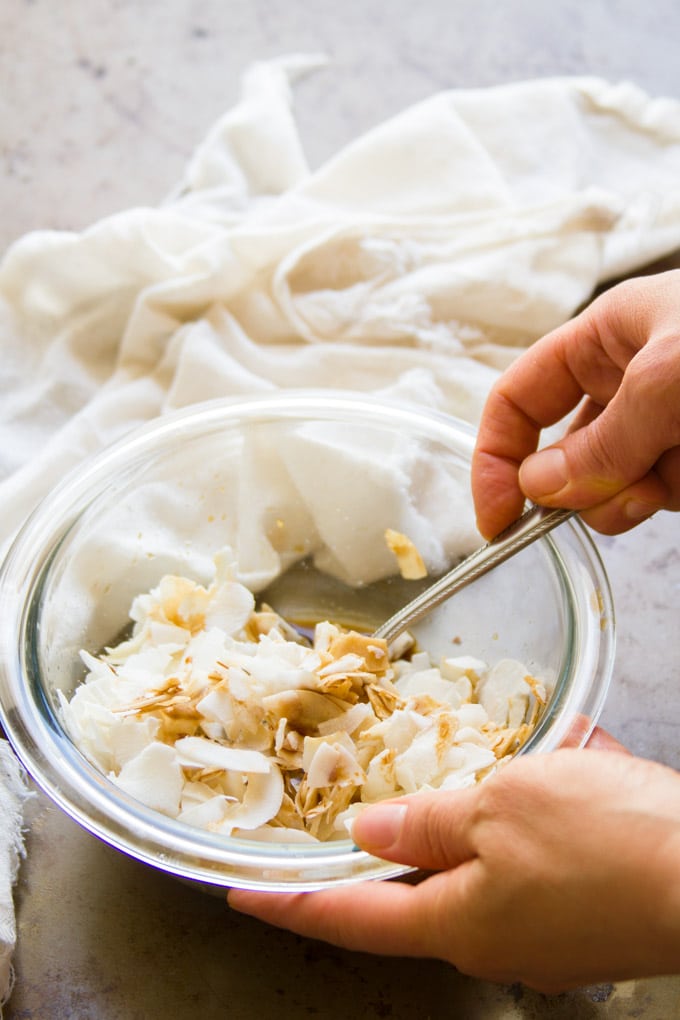 Distribute the coconut on a baking sheet and pop it into the oven. Move the coconut bacon around every few minutes during baking so that it cooks nice and evenly. 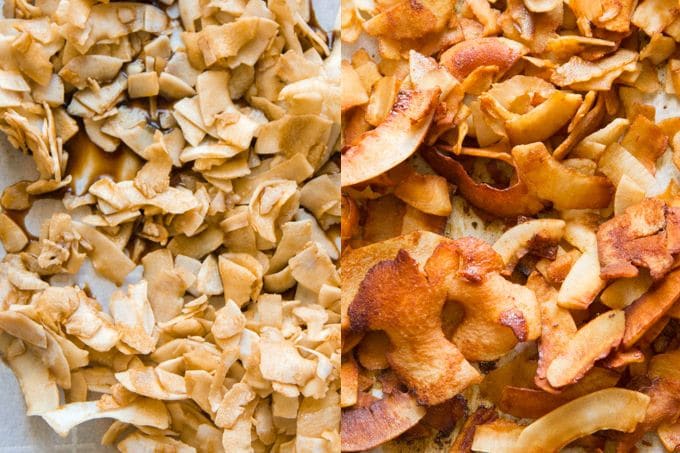 Once it’s nice and browned, take it out of the oven and let it cool. It’ll continue to crisp up as it does. 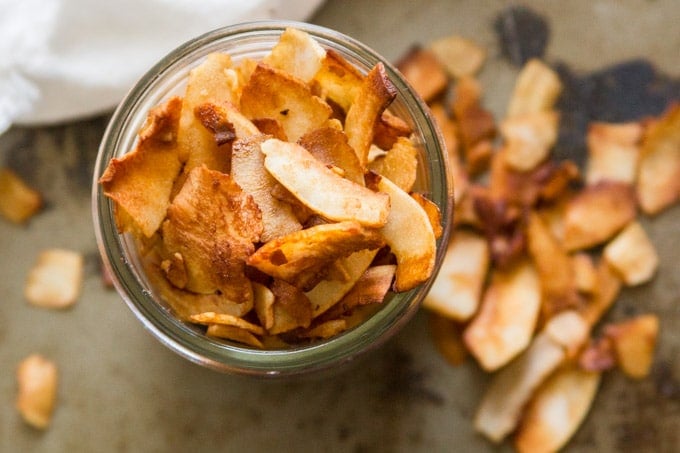 Delicious Ways to Use Your Coconut Bacon

This stuff is totally snackable (and highly addictive), but if you’re looking for some delicious vegan bacon-filled recipes, try these: 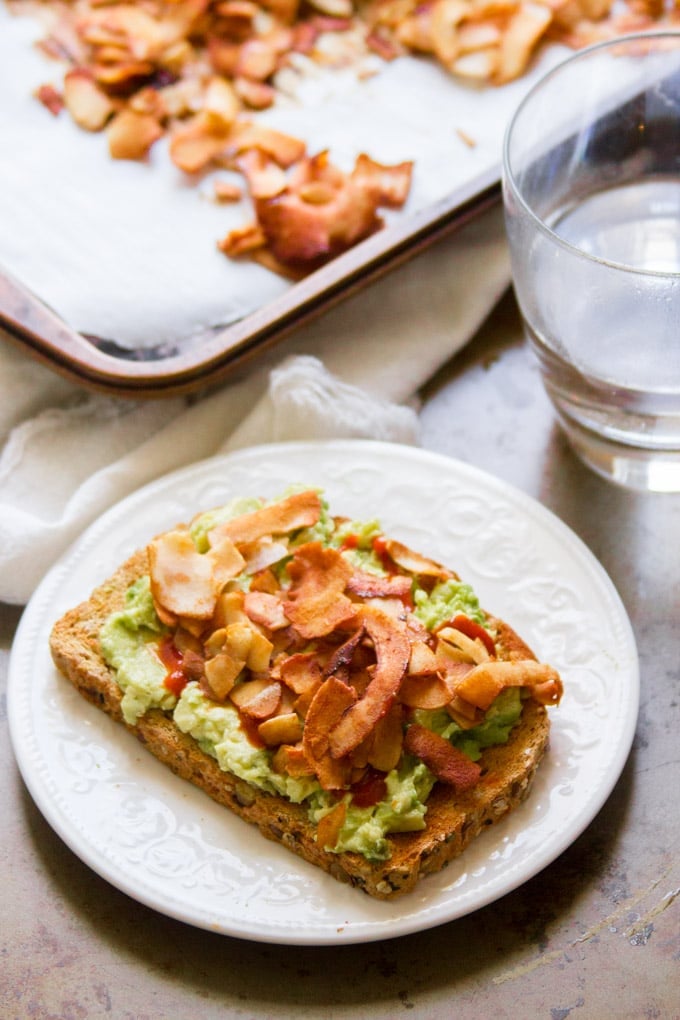 Check out how easy it is to make in my snazzy video! 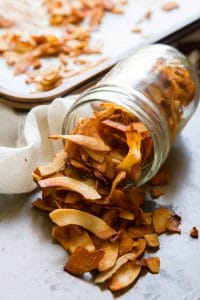