This hearty stew is made with a spiced mix of red and brown lentils, chunks of potatoes, and Swiss chard. 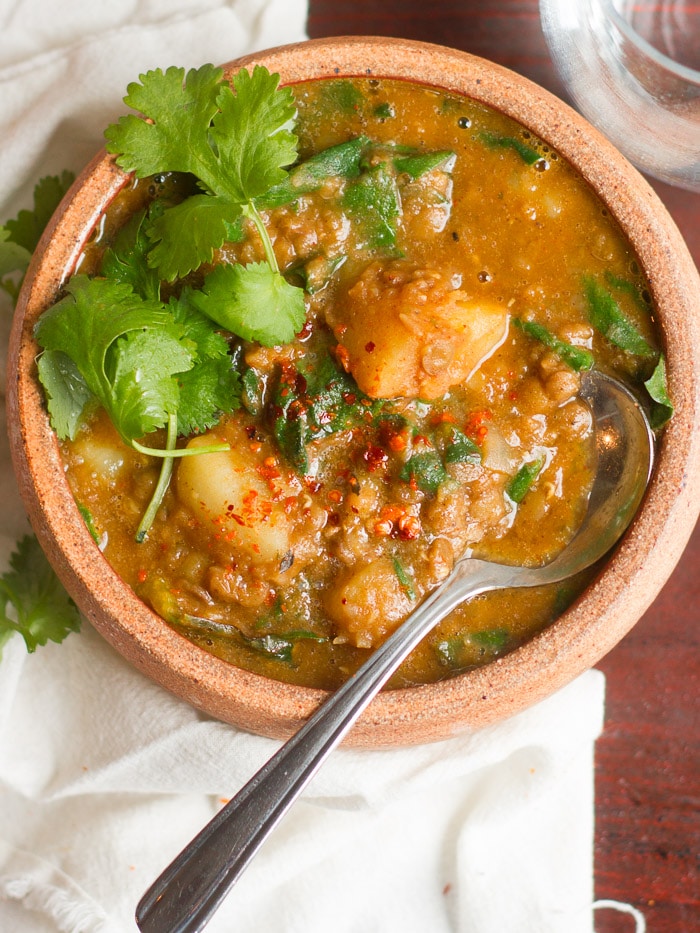 I was at a bit of a loss as to what to call this one. See, my original intent was to make something that maybe kind of tasted like it had chorizo in it. I got inspired when I was working on another vegan chorizo-themed recipe, and then I saw this, and I thought, yeah, I can do something along those lines. It won’t have chunks of chorizo, but lentils are like crumbled chorizo, so close enough, right? I even used two types of lentils in an effort to hit all of the bases, texture-wise. 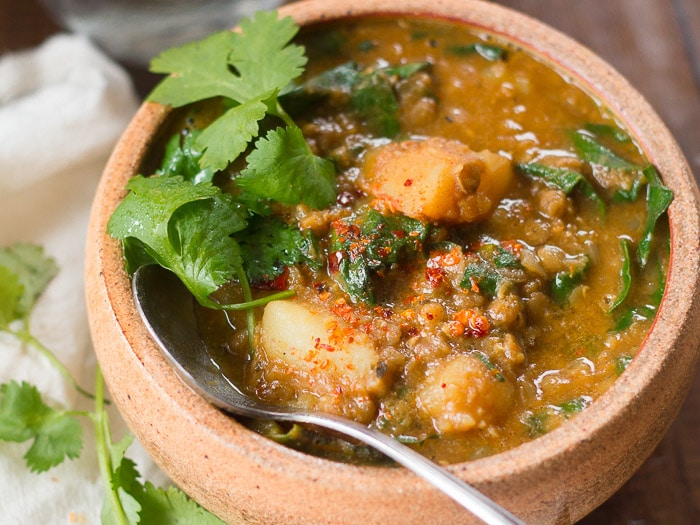 Well, despite using all the spices that usually work in my vegan chorizo efforts, this stew didn’t really mimic chorizo. But, it was SO good! Any initial thoughts I may have had on going back to the drawing board were killed when I sat down to a big bowl of this stuff. And then my husband wouldn’t shut up about how tasty it was. I had to post this!

So I was going to call it “spicy lentil stew,” but I already did spicy on Monday. Oh, and there’s another “spicy” recipe coming up this weekend. So yeah, I’m boring, in a spicy kind of way. 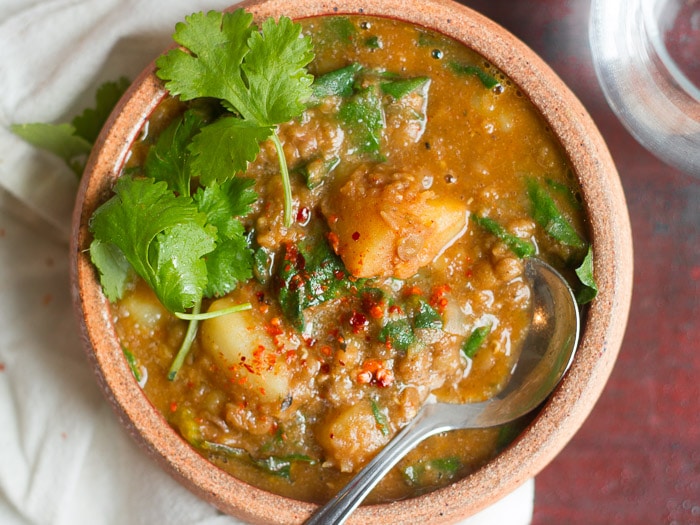 I settled on “chorizo-spiced” because it is, in fact, chorizo-spiced, and whether or not it actually tastes like chorizo, it’s really delicious (have I conveyed that yet?). Using two types of lentils might seem a bit fussy, but it’s worth it, and really, red and brown lentils are both great to have around. We’ve also got some potatoes, because it’s still winter, so I’m all about potatoes for a few more weeks, but some chard too, because spring is right around the corner. Feel free to swap out the chard with spinach if you aren’t into it.