These baked vegan doughnuts are loaded with nutty, chocolaty flavor!

I have donuts to thank for my existence. No really, I do! My parents met at Dunkin' Donuts. Mom worked behind the counter. Dad, who was in the navy at the time, would drop in when he was home for the weekend. Apparently Mom wouldn't go out with Dad at first, because he was too much of a badboy type for her. It's a good thing my Dad was such a donut monster, because that gave the two of them a lot of time to get to know each other, and eventually they got together, and here I am, three decades later, making my own donuts.

My Dad does have quite the sweet tooth. Most of the stuff I make for this blog doesn't interest him, but I never have trouble with dessert, as long as I promise him it doesn't contain any tofu, which is always true, except for that one time when it wasn't. (I eventually fessed up.)

I think my Dad would approve of these donuts, and I'll make a note to serve some next time I feed him. 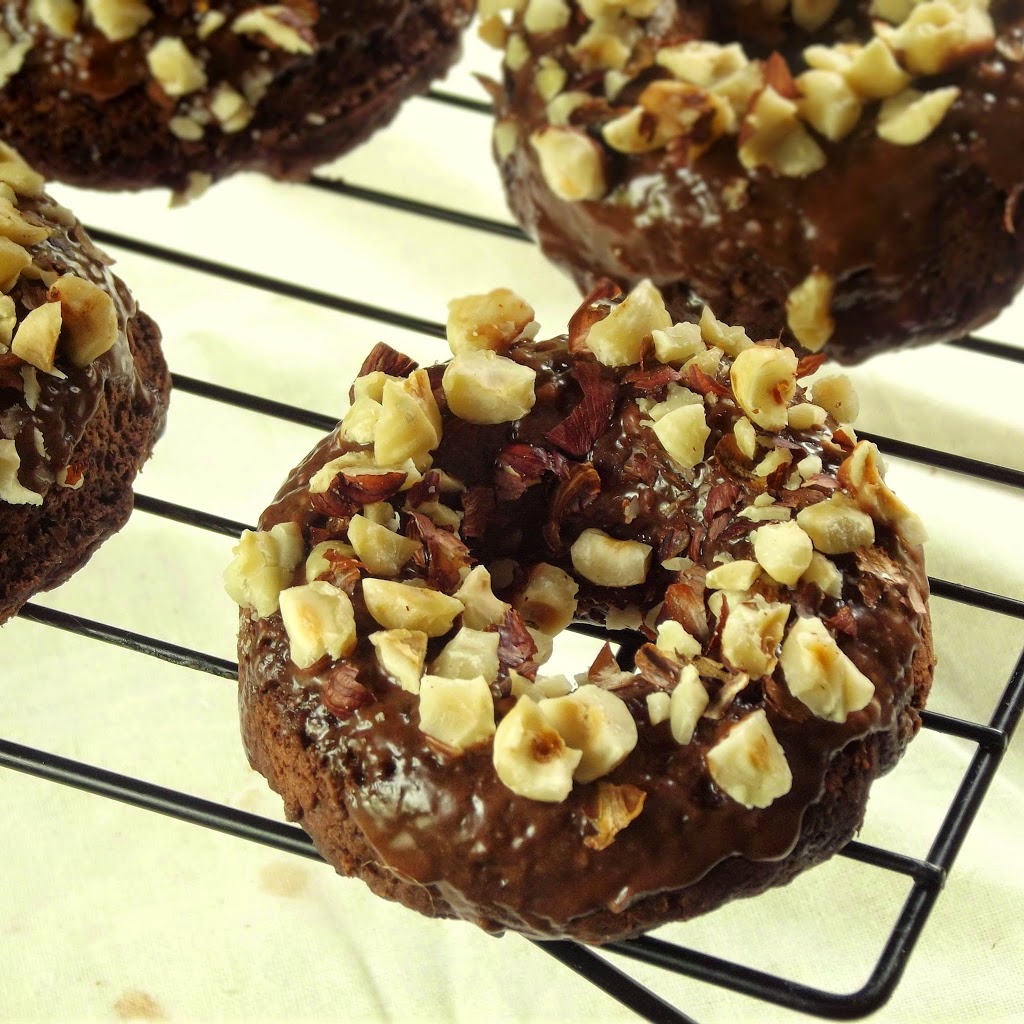 These baked vegan doughnuts are loaded with nutty, chocolaty flavor!