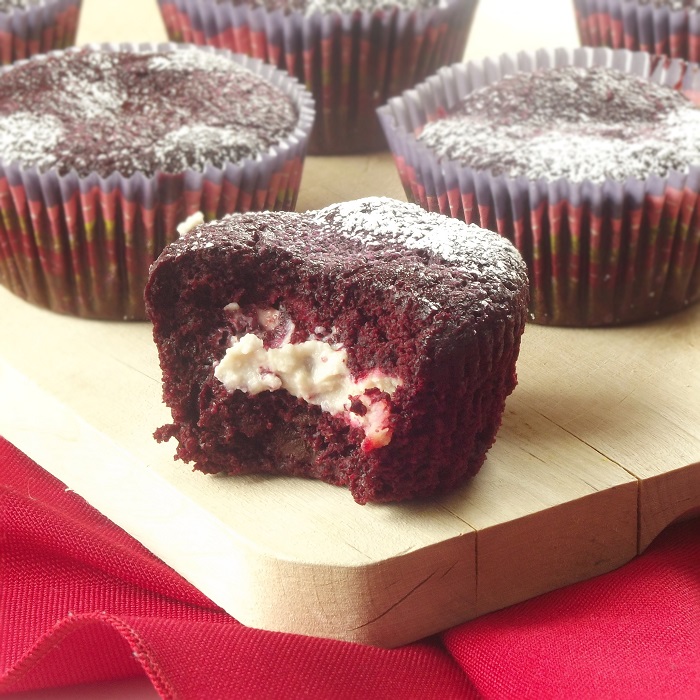 Whew! Did I miss anything there? Nope. These cupcakes have got plenty. Notice I did not include frosting. To have done so would’ve been a bit overkill. Trust me.

Notice also that these aren’t red velvet of the bright, retina burning, fire engine red variety. That’s because I didn’t use the regular red velvet secret ingredient, which would be buckets and buckets of red food coloring. I was kind of bummed when I learned about that. Here I thought it was something cool that made red velvet cake extra delicious and special. Nope. Amazing how our brains can trick us into thinking something tastes better just because it’s a neat color. 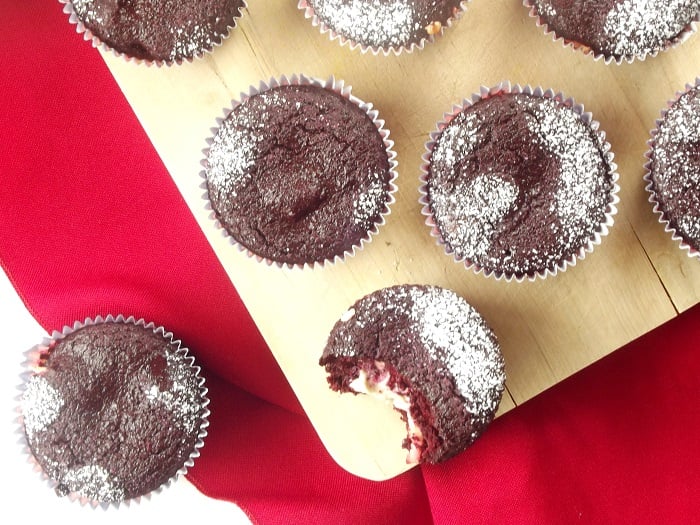 Once I learned about the food coloring thing I decided red velvet and I were done. I changed my mind on that just recently when I was roasting up some beets. Beets turn everything red. If I cook up a batch of beets it’s a sure bet that I’ll be discovering red stains in tucked away places of my kitchen for days, saying “Huh? I didn’t get beets anywhere near the toaster. Damn those beets.”

I knew that beets in chocolate cakes were a thing, and one that I had yet to try. Every time I’d seen a photo of these supposedly extra moist and delicious beet cakes it looked like any old chocolate cake to me, i.e., not red. I didn’t see how that could be possible after what happened to my toaster, so I decided to give red velvet beet cupcakes a go. Even if it didn’t work out, I figured I’d probably at least end up with some delicious chocolate cupcakes.

They were red. Not as red as you might get with a recipe calling for 3 1/3 gallons of Red No. 40, but a dark, chocolatey red. Velvety, if you will. Interestingly, the cheesecake filling helps with the redness, as it seems to pick up a little of the beet pigment and you get a pretty little blob of red bordered cheesecake stuffing when you bit into these guys. They were even more moist and rich than I’d hoped. I adapted the recipe from this old chocolate cupcake recipe, which is great, but the beets definitely take it to the next level. 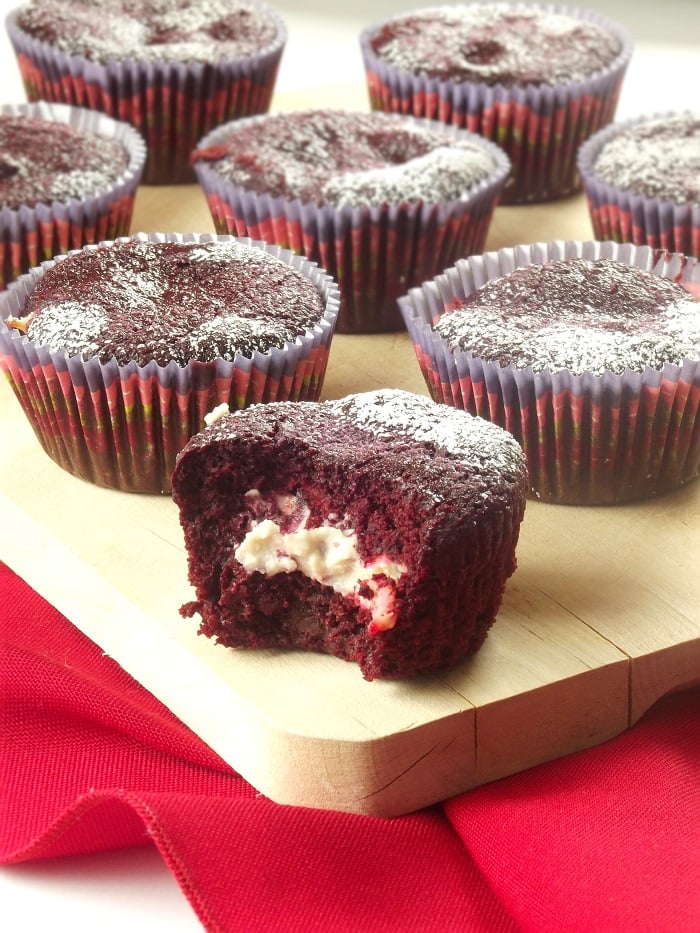 For the Red Velvet Cupcakes

For the Cheesecake Filling 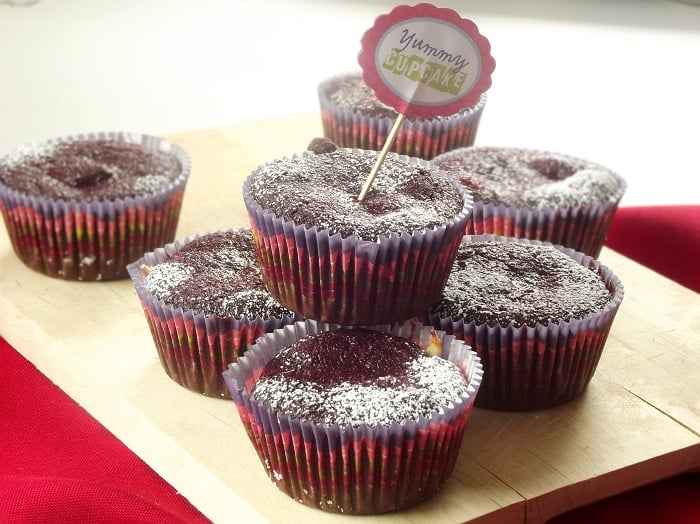