This juicy broiled grapefruit is topped with a sweet cinnamon-ginger brown sugar mixture and dollops of whipped coconut cream! 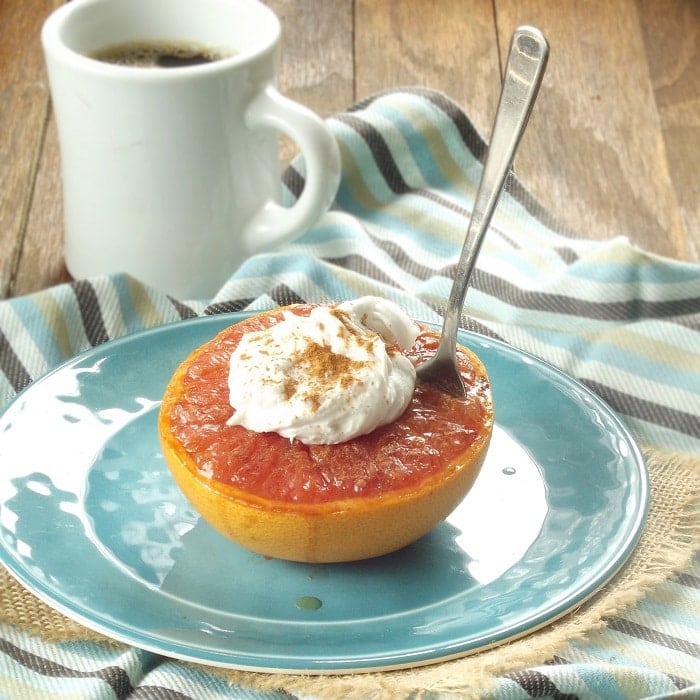 Snow is in the forecast once again. I don’t really mind. So far it hasn’t stopped me from going anywhere and it looks pretty. The cold temperatures on the other hand, do tend to get to me. And then there’s food. Some days I can really get to missing the variety of produce that’s available in the warmer months.

Citrus is something of a saving grace in the colder months. Just when the weather is at it’s coldest and nastiest here in the northeastern part of the country, Florida grapefruit is at its finest and most abundant. In fact, January to March is peak season for Florida grapefruit, which is a big help when it comes to winter produce woes. These suckers are juicy and tasty, because of the good old sunshine state’s subtropical climate and soil. Because of the natural conditions in which it’s grown, Florida grapefruit isn’t always the prettiest on the outside, but also because of these conditions, it is the sweetest and juiciest on the inside. Eating one of these things is akin to eating a big pink bowl of sunshine in February. 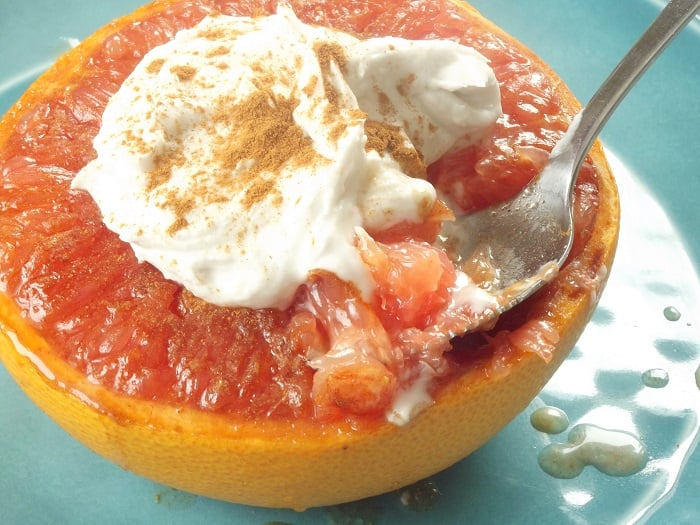 The grapefruits you see in these photos are Florida dark reds, which are my ultimate favorite (so many favorites), as I love the balance of sweet and tart.

This particular recipe is one I’d been wanting to share for a while. I first had a broiled grapefruit a while back while staying at a B&B. That version was simply broiled with brown sugar and served before the meal as a sort of breakfast appetizer. I wanted to round it out a bit and make it into more of a light meal that could stand on it’s own. Whipped coconut cream did the job just fine. It also complimented the juicy tartness of the grapefruit perfectly. It turned out to be the perfect light breakfast, with just the right amount of sweetness and richness from the coconut cream. It also felt good knowing that I was feeding my some healthy doses of vitamins C, A, potassium and fiber. If you need a little winter pick-me-up, this is your breakfast. 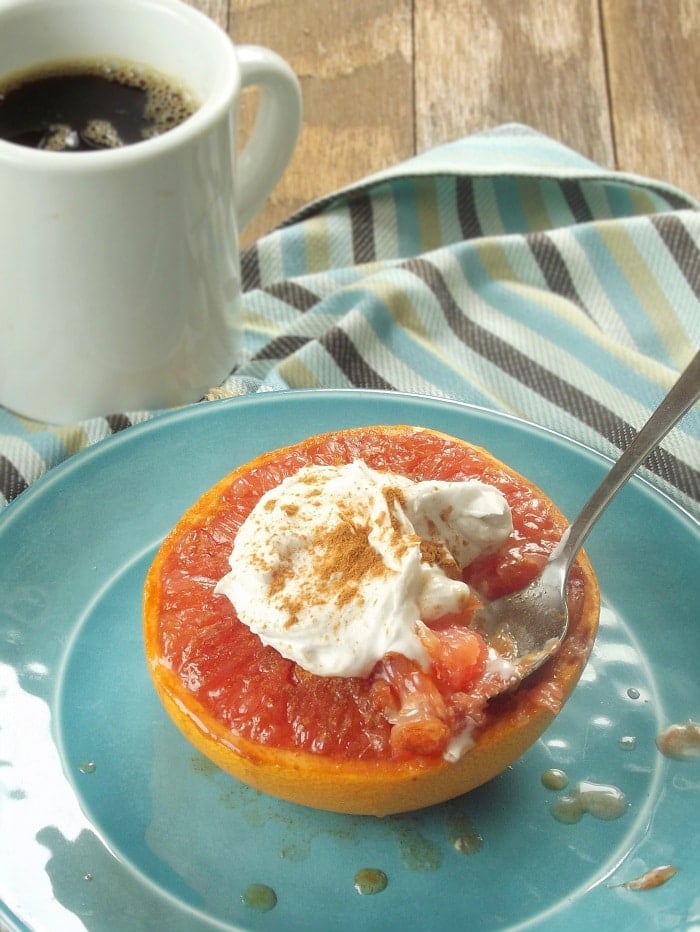 For the Broiled Grapefruits 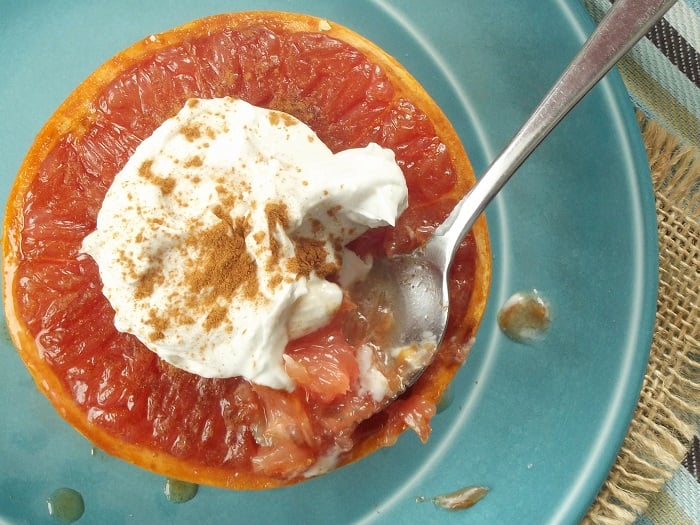