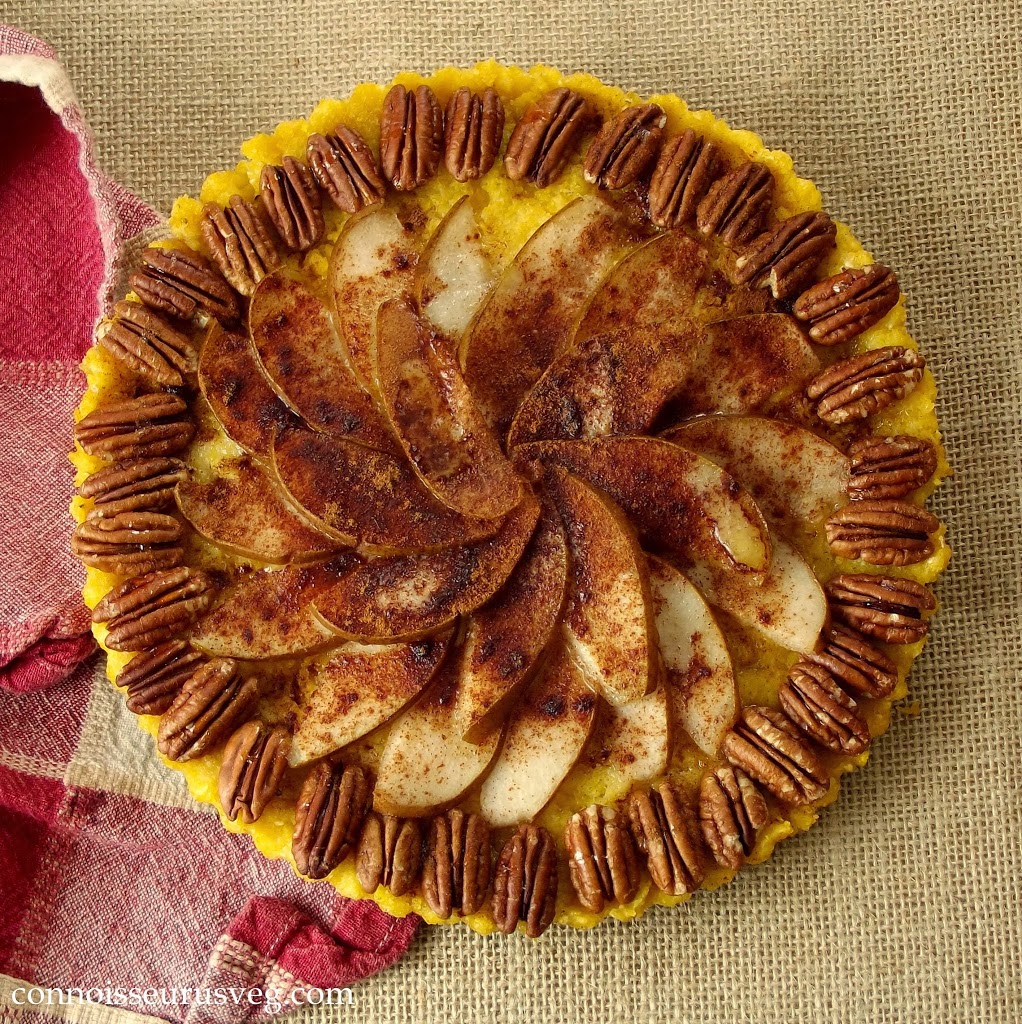 I mentioned recently that I've become a bit fixated on polenta. What happened, as happens often in my kitchen, and not just with polenta but with other ingredients as well, is this: I found a recipe that got me all inspired, bought a bag of the main ingredient (in this case, polenta) and then got multiply inspired when I busted open the bag and started cooking/tasting. 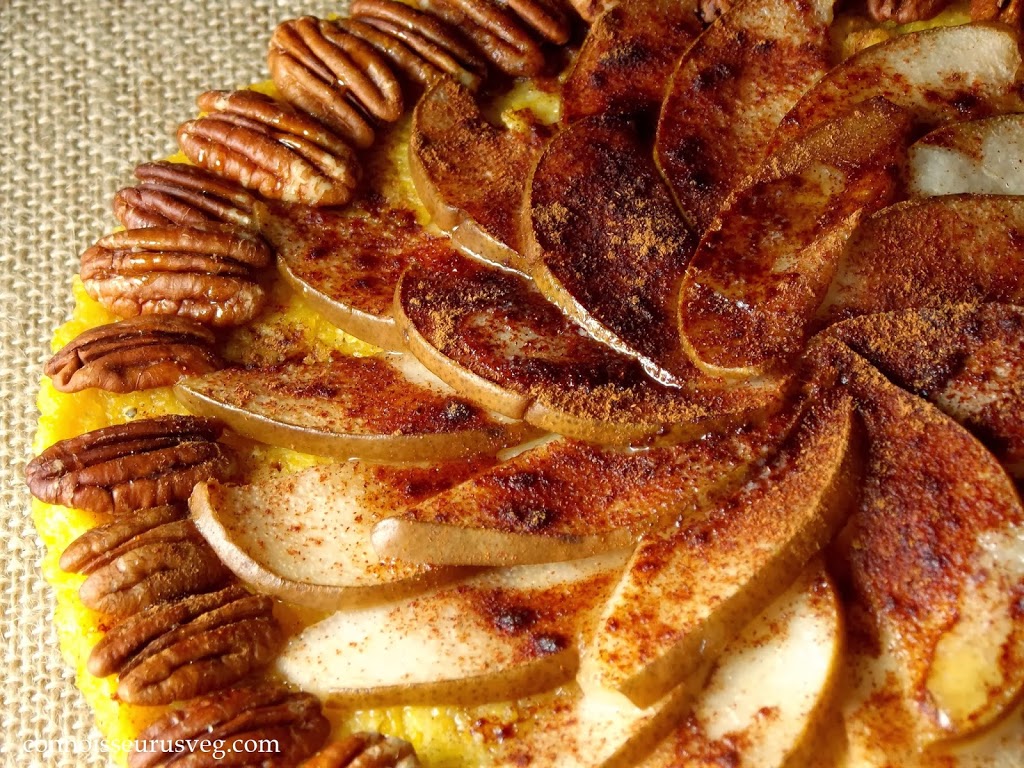 In this case, this recipe from The Kitchn was the catalyst. I'd been wanting to create a polenta tart ever since I first came across it. I even went and bought this cute little tart pan on Amazon. But alas, as you can see, the tomato polenta tart recipe was posted late last summer, which is when I first saw it, so my tart pan ended up sitting around for quite a while before the bug got me again and inspiration for a breakfast polenta tart was born. The creamy polenta recipe I posted last week ended up coming first, for no other reason than the fact that it was super easy, so I decided to throw it together for a quick weeknight dinner. When the weekend rolled around and I had some time more time to fool around in the kitchen, this lovely creation was born. 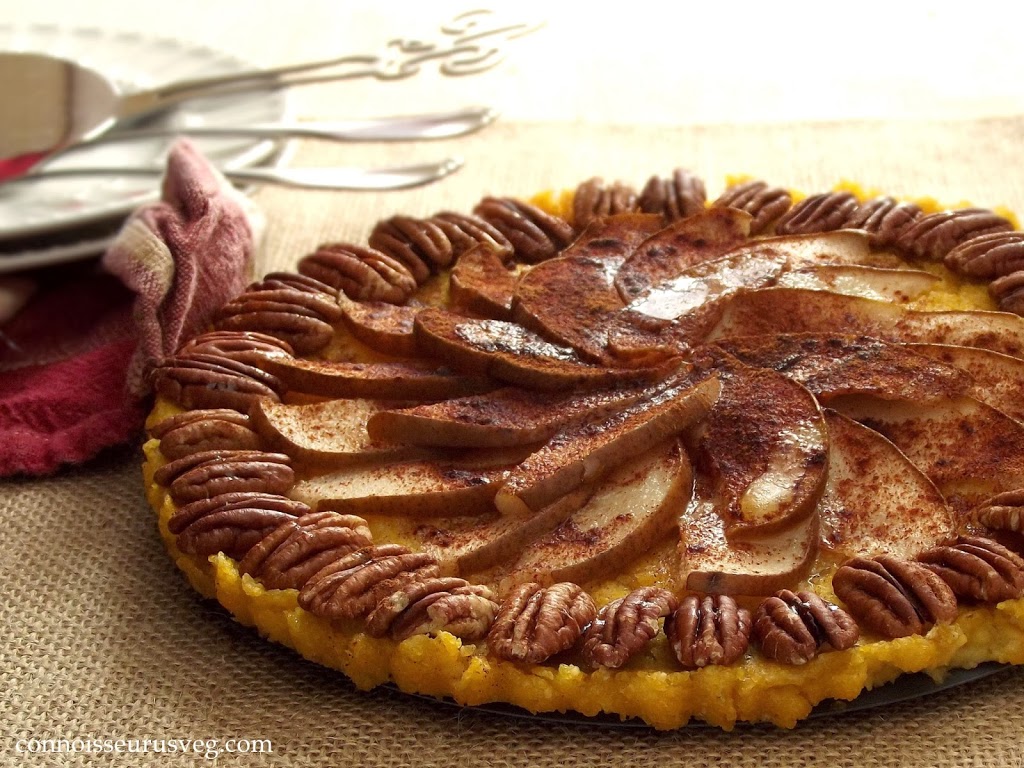 I have to say, I was pretty darned impressed with myself, not just because it was so tasty, but because it turned out so pretty. I had some family stop by the house later in the day and remark at the leftovers: "That was breakfast today?" Yes, it was thank you. It isn't difficult to get this thing to turn out pretty though. It's simply the kind of dish that lends itself to prettiness. It's also an unusual addition to your breakfast collection, so if you've got some brunch company that you want to impress, this is your dish. 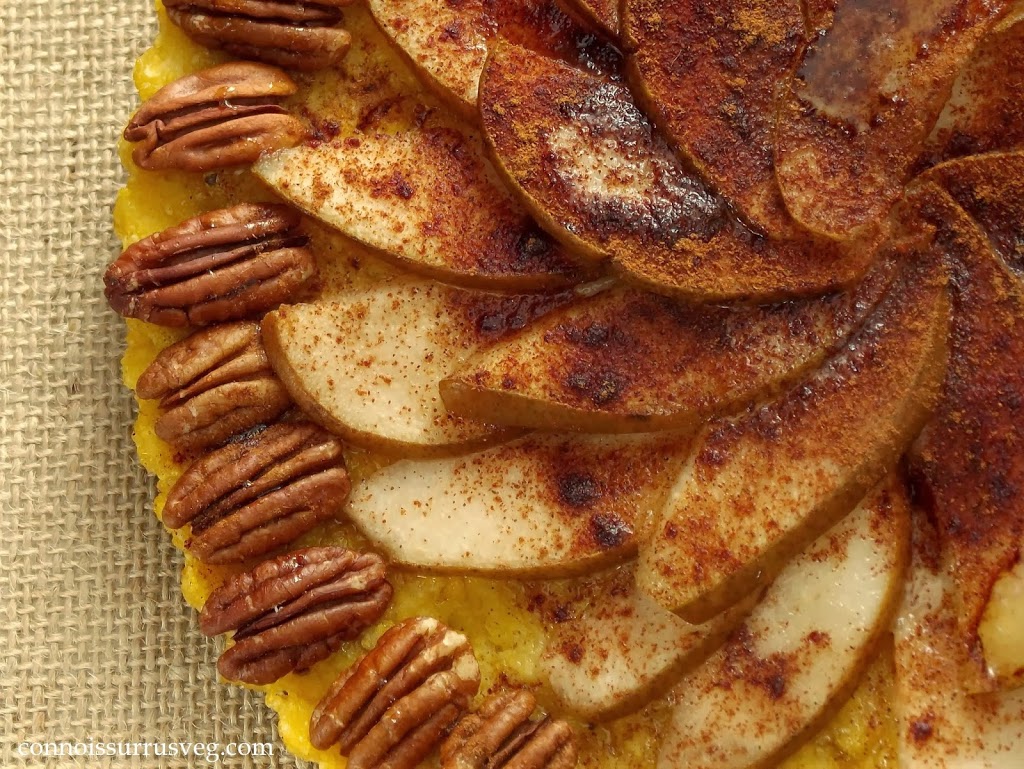 For the Polenta Crust