I have nothing against tortillas. I posted another burrito recipe a couple weeks ago, and guess what? That burrito is all wrapped up in a tortilla. This recipe, on the other hand, came about after a week or so of debating whether I wanted to create a bean burrito or a portobello "steak" burrito. I solved that problem by stuffing a portobello with refried beans. I got the best of both worlds. I suppose I could stuff the whole think into a tortilla, but that might be a bit much, not to mention tough to photograph. 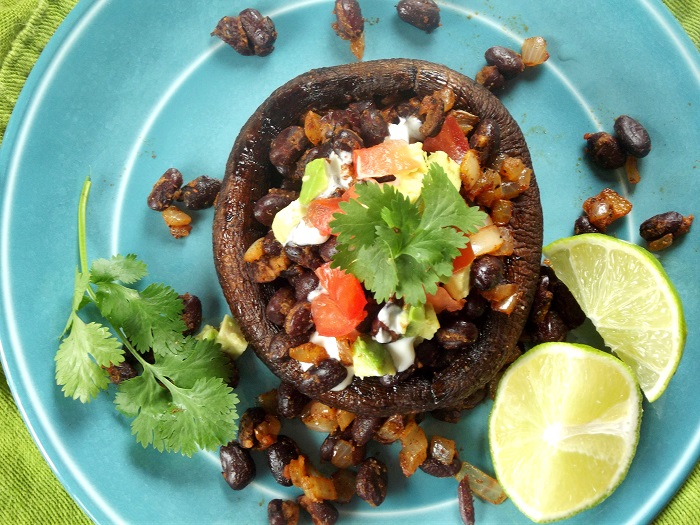 So these burritos really aren't burritos at all, but I think you'll find them no less satisfying. I wasn't even going for healthy when I crafted this one. The healthy aspect was kind of an accidental bonus, but I'll take it.

I should mention that these are messy. Sometimes when I'm snapping photos of my food I embrace the messy. That wasn't working out here, so I neatly piled a couple spoonfuls of toppings on my mushroom, with a pretty little cilantro leaf, making it look as neat as I could. When we actually ate them we had a couple platefuls of pure mushroom and bean mess, though they were no less delicious than in the photos. 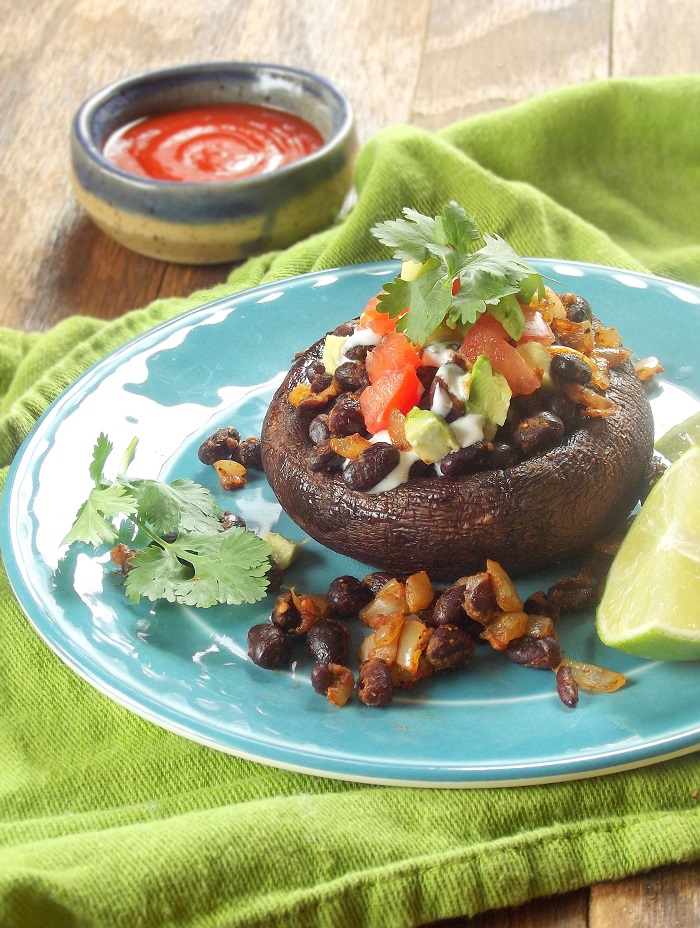 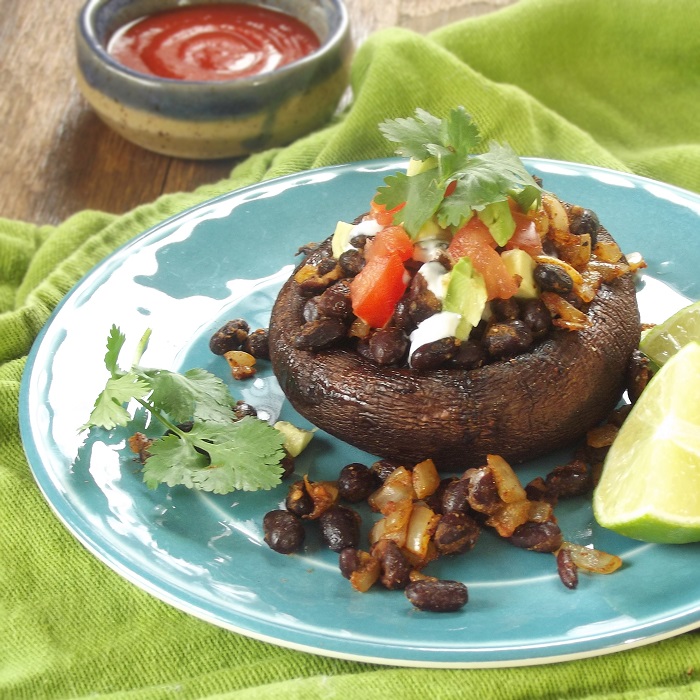 For the Portobello Mushrooms

For the Black Bean Filling

Toppings (any or all of these) 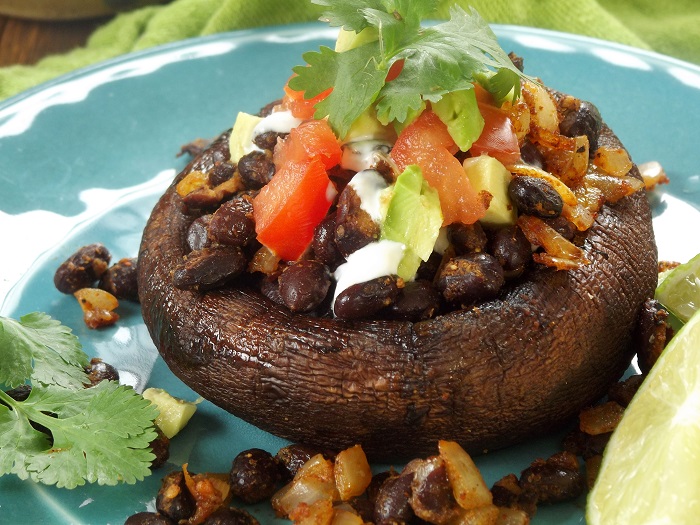