It's mid-October and temperatures are dropping! Warm up, with this amazing collection of 50 scrumptious vegan fall soups that are each hearty enough to make a meal of! 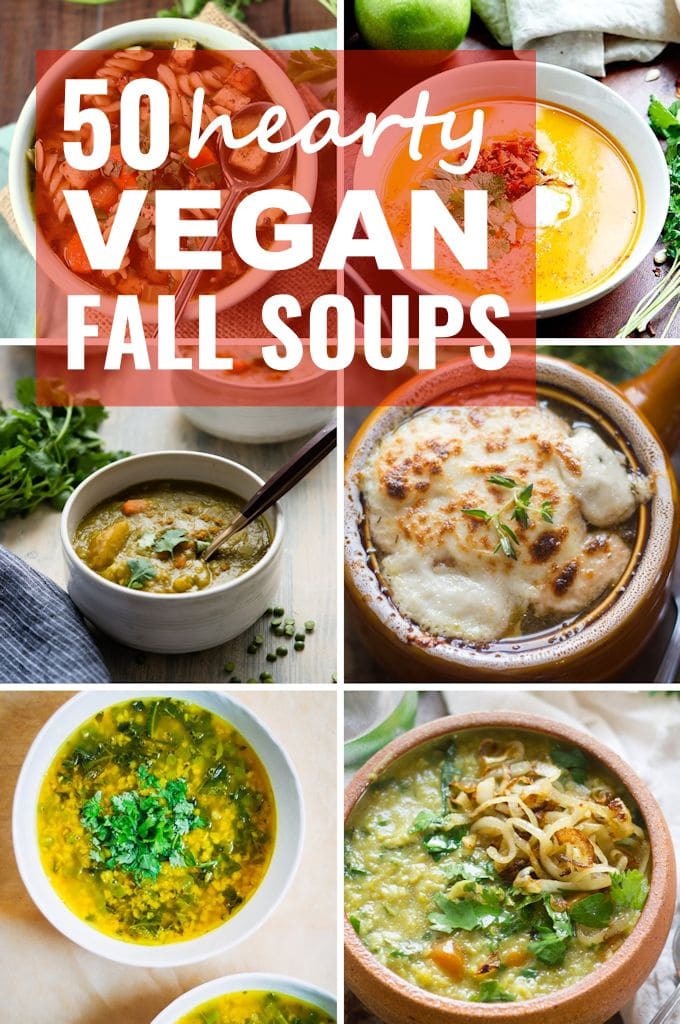 I have a hard time holding back when it comes to soup recipes. I love, love, love soups. During the summer I have to reign myself in and only post the occasional soup recipe, because most people just aren't as into cranking the air conditioner and curling up in front of a fake television fire with a cup of piping hot vegan soup as much as I am. During the cooler months I'm inclined to post a soup recipe every day!

Apparently it's not just me. I recently decided to do a roundup of fall soups and stews. I pulled some of my favorites and asked some of my blogger friends from Finding Vegan to help out, and guess what? I got more soups and stews than I could handle.

So I decided to split things up and make this a two-parter, starting with hearty soups. Can you believe I got this many soups alone? I'll be back shortly with a round-up of stews, including curries, chilis and veganized versions of classic non-vegan stews.

I'm sure this list will be more than sufficient to hold you over until then. 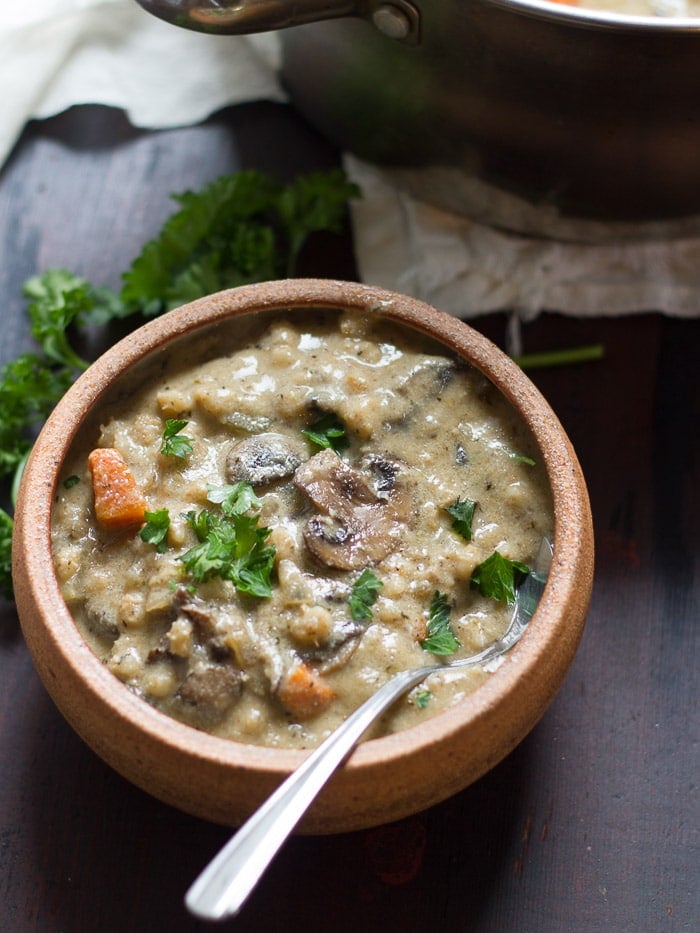 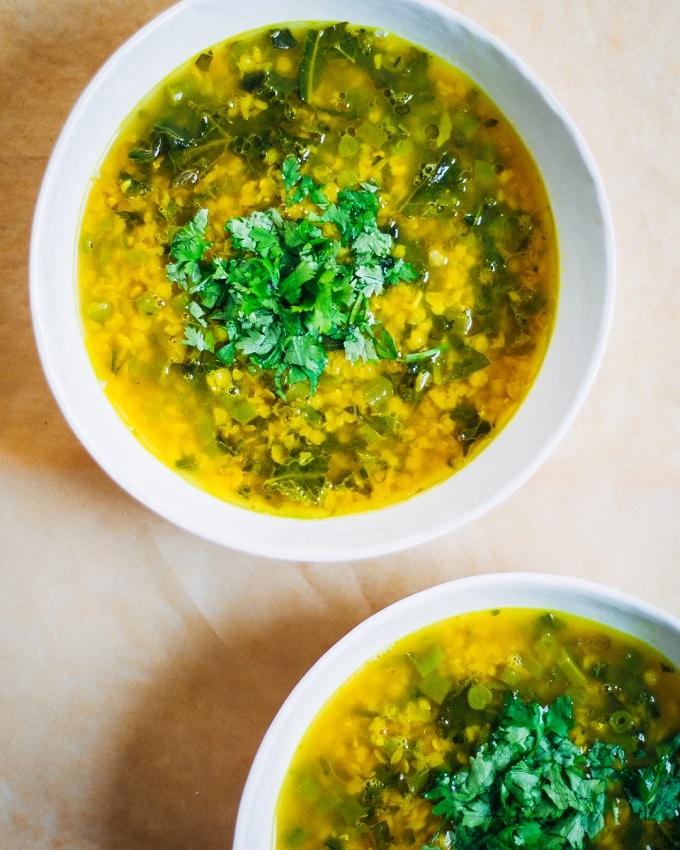 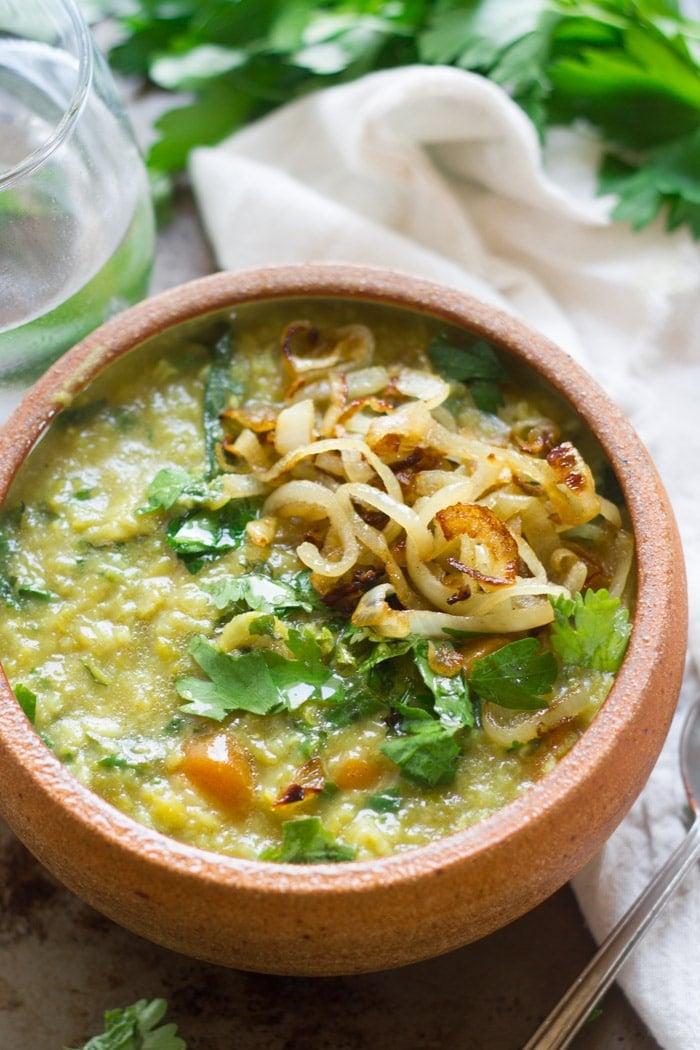 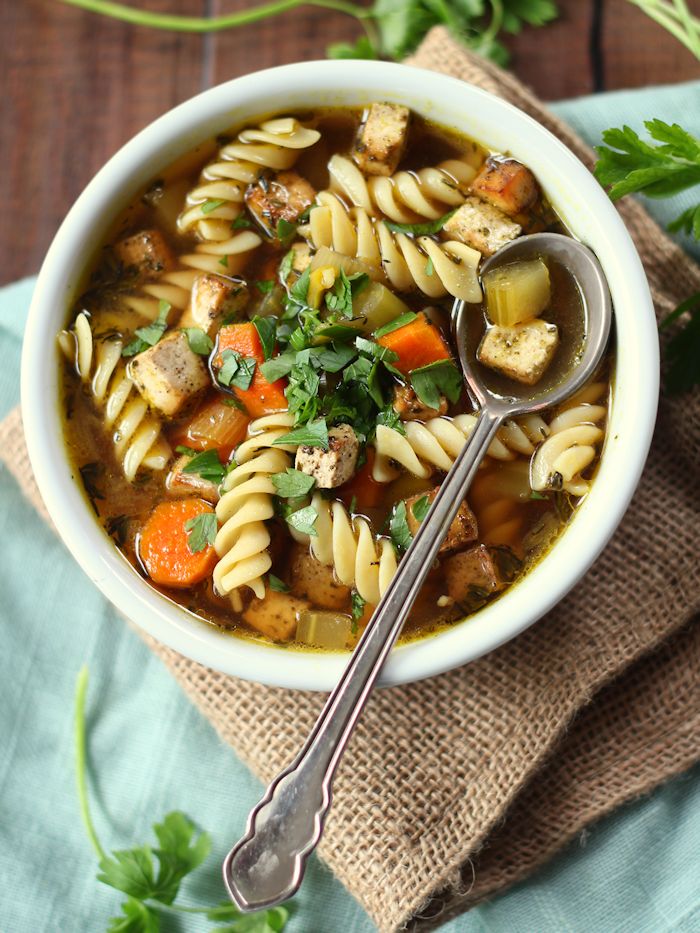 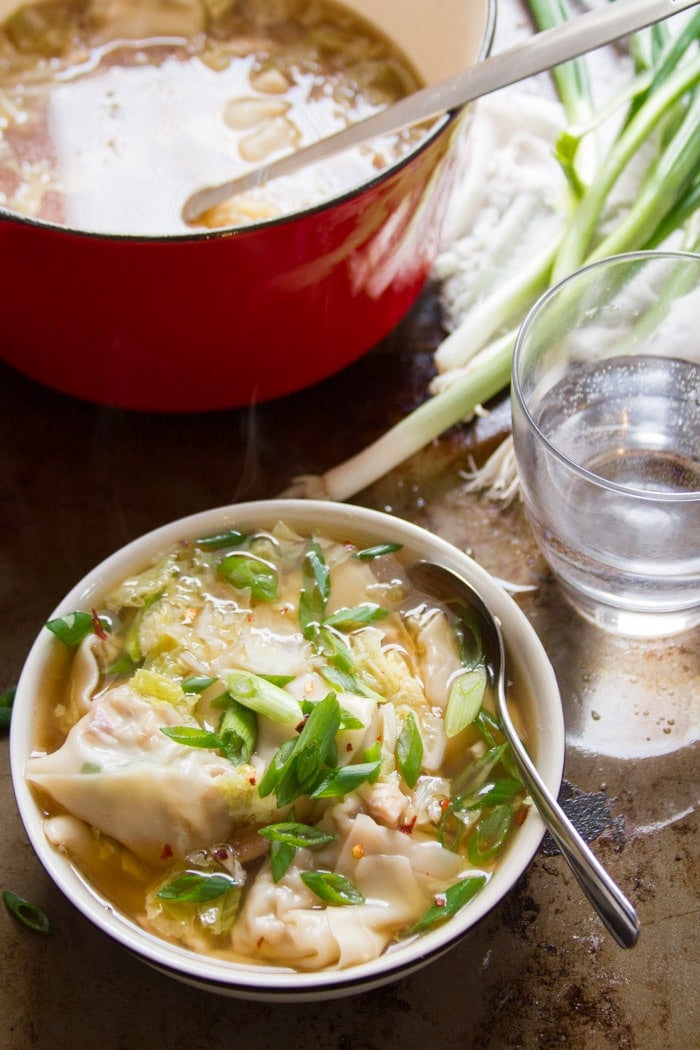 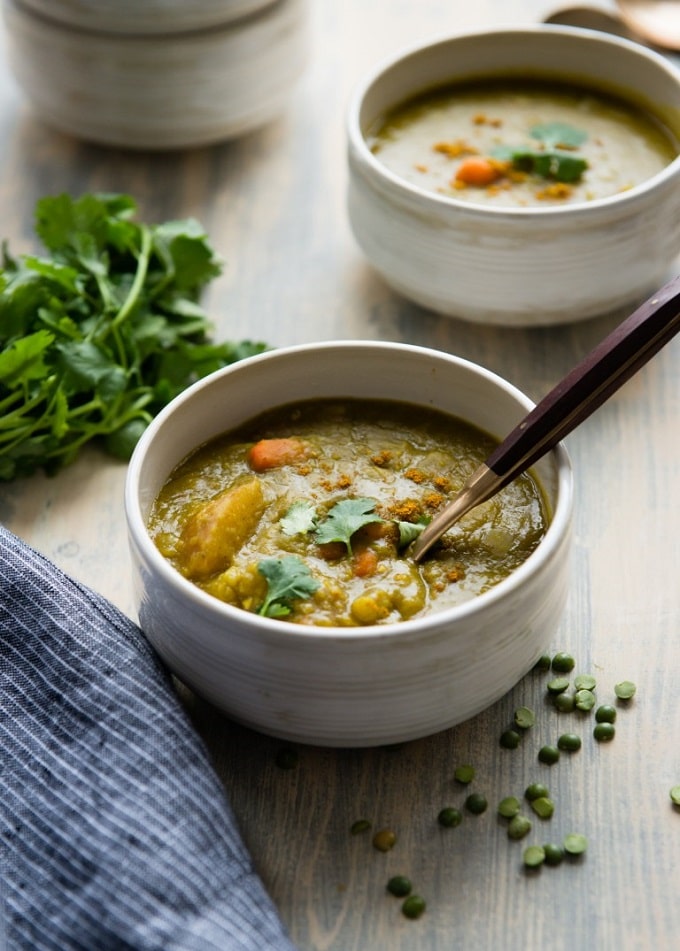 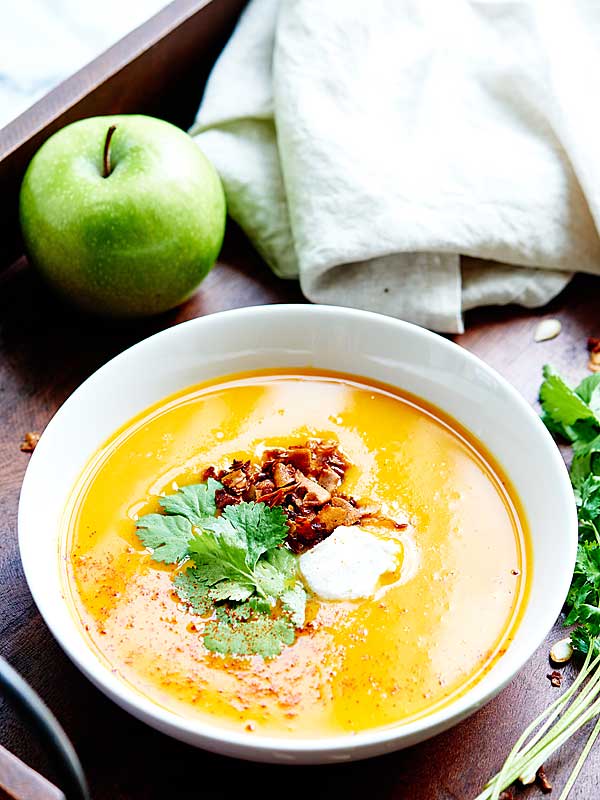 African Curried Coconut Soup with Chickpeas - Eats Well with Others 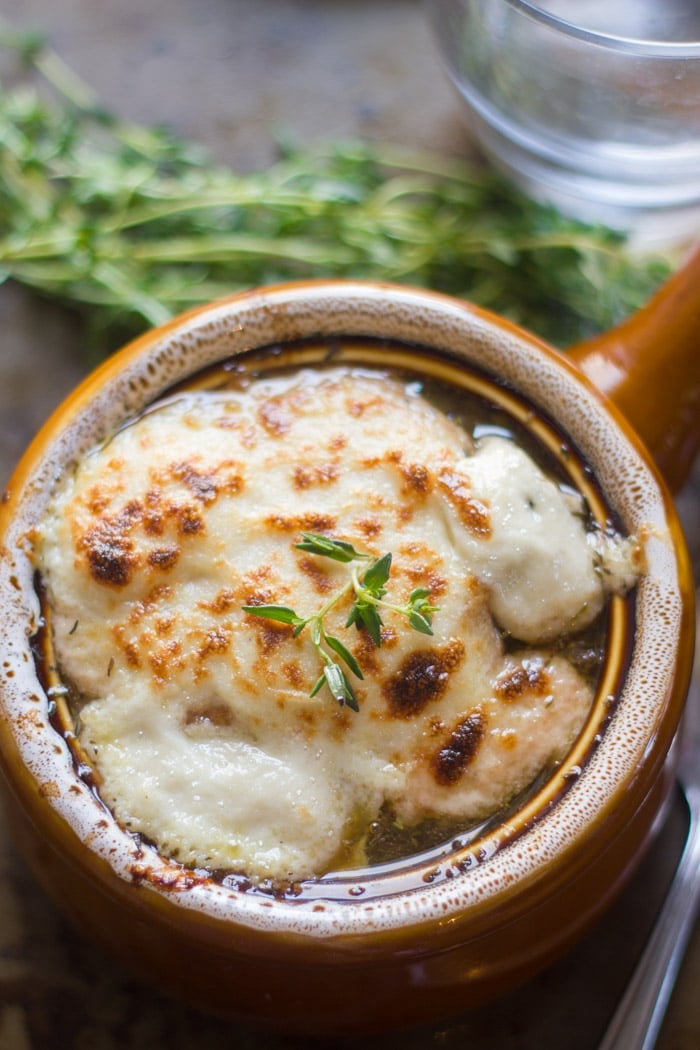